The foundation stone for two electronics manufacturing units and a common facility centre was witnessed at Bongara in Guwahati. 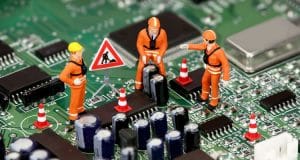 The SWIFT centre is an initiative of the Information and Technology Department, Government of Assam, which is supported by the Ministry of Electronics and IT, Government of India and implemented by the Assam Electronics Development Corporation Ltd. (AMTRON). The SWIFT centre and electronics manufacturing units once completed, would significantly boost economy and innovation in the state, reported NorthEast Now.

Prasad is optimistic that once the Tech City grows fully, it would significantly boost innovation and generate employment for local youth with more small and medium electronics manufacturing companies setting up their units there. The Union Minister also said that north east as the gateway to the ASEAN is the vision of the Union Government and it puts best efforts to create opportunity for a golden future for the region.

He also informed that the Central Government has already sanctioned separate BPO project for the Northeast as a result of which five BPOs are currently being operational in Guwahati and five more are coming up at Nagaon, Silchar, Jorhat, Kokrajhar and Diphu.

State Chief Minister Sarbananda Sonowal while speaking on the occasion said that a new era in the electronics manufacturing and digital communication emerges in Assam with these new projects at the Tech City.

Informing that implementation of projects worth more than Rs 2500 crore have already kicked off in the State after the success of Advantage Assam: Global Investors’ Summit, Chief Minister Sonowal appreciated Union Minister Ravi Shankar Prasad for reviving a closed project of electronics manufacturing cluster and rebuilding it as Tech City taking special permission from the Prime Minister.