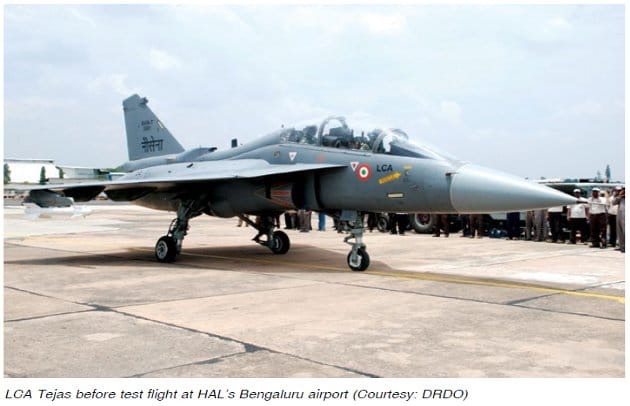 The manufacture of defence electronics products offers very high returns to companies that have patience, perseverance and deep pockets. This report is based on the information provided by industry experts at the Strategic Electronics Summit held this August in Bengaluru

Friday, October 18, 2013: India is amongst the top 10 countries in the world when it comes to defence expenditure. India’s defence budget for 2013-14 is Rs 2036.7 billion, of which approximately 40 per cent goes into capital procurement, informs Lt Gen AKS Chandele, PVSM, AVSM (DG, EME retd). Electronics pervades every sphere of defence equipment. The next decade is likely to see an exponential growth in combat systems as well as non-platform-based strategic electronics systems.

Strategic electronics manufacturing in India has been growing steadily. From Rs 57 billion in 2007-08, it is projected to touch Rs 120 billion by the end of 2013 and exceed Rs 140 billion during 2013- 14. This high potential emerged particularly after the revised offset policy was announced in 2012, offering greater opportunities to indigenous electronics manufacturers. “This policy allows companies to supply defence equipment in collaboration with MNCs, to make sure sufficient value addition is done locally,” shares T Vasu, expresident, ELCINA.

The defence market in India is growing at an annual rate of 30 per cent, but the contribution from MSMEs is a mere one per cent! “This shows that there are a lot of opportunities, especially for small companies,” says Dr KD Nayak, chief controller (R&D-M&M), DRDO.

Defence electronics production presently registers a growth of about 15 per cent annually, but according to T Vasu, there is good potential to increase this to 25 per cent with the recently announced National Electronics Policy.

MRO is a big business: Maintenance, repair and overhaul (MRO) for aerospace and defence equipment is a big opportunity for private firms and OEMs. Most major equipment remains in service for two to three decades. MRO facilities can be established in the private sector or with OEM participation. This is primarily required by the army, navy and air force, as well as the civil aviation sector.

Indian offset partners—a good opportunity: The Indian offset partner (IOP) is an Indian company chosen by the foreign OEM to discharge offsets. Col KV Kuber, Indian Army veteran, advisor National Small Industries Corporation (NSIC), explains, “Offsets are not grace, charity or a discount. They are part of an industrial participation programme, and must make business sense to the OEM and the local partner.”

Robert John, CEO, Amphenol Interconnect, and ex-president, ELCINA, gives a deeper insight into becoming an offset partner. “I would like to tell companies that have not yet become offset partners, that it took us two-and-a-half years to get a licence from the MoD. We overcame the first challenge and got the offset partner validity, but not the licence. Then when we could provide offset to those that wanted it in the country, for two years up to 2012, we got no business whatsoever, though we signed several MoUs with foreign OEMs,” he says.

An increased demand for handheld T&M devices in the defence and aerospace industry is being witnessed. “Nowadays, almost the same specifications of benchtop products are available in the handheld or portable form factor. Big bulky vector network analysers or vector voltmeters are being replaced by handheld vector network analysers. So it is now easy to carry them to the instrument landing system (ILS) in the flight cockpit, which would allow cable parameter measurement inside a plane or ship,” explains Madhukar Tripathi, regional manager, Anritsu India Pvt Ltd.

Extremely high entry barriers
The aerospace and defence (A&D) sector is a growth market, and those who enter it will surely be around for 20 to 25 years. That’s the kind of sustainability to be expected. This sector can ensure profitable business for companies that are already into design, custom-built products, contract manufacturing or component manufacturing. However, it is very difficult to enter this sector. Informs Manjunatha Hebbar, senior VP and head, strategic solutions, Infotech Enterprises Ltd, “Although sustainability is very high in the A&D market, getting into this industry is very tough, as the entry barriers are extremely high.”

Ads, Dr Ajay Kumar, joint secretary, Department of Electronics and IT (DeitY), Government of India, “The defence sector requires patience, perseve rance and determination to make it. But all those who have made it, unanimously believe that having attained the ability to participate in defence tenders has been a good experience.”

Challenges faced while entering the sector
The Ministry of Defence (MoD) is the single and only buyer of all defencerelated products, devices and systems. The procurement procedures are very difficult to crack as there are a number of agencies that deal with just one procurement. “It is easier to export defence components, as there are some impediments that Indian companies face when it comes to participating in MoD tenders,” says Col KV Kuber.

KS Desikan, chief financial officer, Centum Electronics Ltd, says “The Indian Defence market follows a strict L1 system (the order is given to the vendor quoting the lowest price) for all purchases. It’s not possible for any business to depend only on government orders for sustenance.” He adds, “So, we have other businesses which take care of our survival, security and sustenance.

Defence manufacturing in India is a very highrisk, high-return business.” The new Defence Procurement Policy (DPP) 2013 was announced in June this year. Its basic objective is to infuse greater efficiency in the procurement process and strengthen the defence manufacturing base in the country. Its aim is to expedite procurement so that the armed forces can maintain operational readiness. The main focus areas of the DPP 2013 are indigenisation, reduced processing timelines, a level playing field and simplification of procedures.

While industry experts believe there are significant changes in the DPP 2013 that reflect the right spirit, they still feel there needs to be some focused handholding so that technology can be truly absorbed into the country, and the timelines and support system for manufacturing can be in place. They believe that these critical steps must be taken; otherwise, all plans for local electronics manufacturing will remain on paper.

Industry’s suggestions to the government
ELCINA requested the government to take enough initiatives to ensure that the decision-making process is faster, as MNCs are unable to wait for too long. There are instances where it has taken four-five years from the proposal stage of a project to the contract-signing stage. In this process, a lot of extra costs are incurred due to the time overrun. Added to these woes is the devaluation of the rupee. All the quotes to the government, particularly related to defence tenders, are in rupees and these need to be revalued periodically, making viability a huge challenge for entrepreneurs. The timeframe must be reduced to about six months for contractsigning, believes T Vasu.

About 60 per cent of the products for the defence market are imported, informs Dr KD Nayak. Reducing the percentage of imports can be possible only by involving the private sector. “The public sector industries are not able to completely handle the development as well as the production capacities. By including private companies in strategic electronics manufacturing, imports can be reduced; also, manufacturing and job creation can get a boost. Higher growth as well as inclusive growth can also be ensured,” he adds.

R&D, too, has to be given greater prominence, believes Dr KD Nayak. “Can we think of reserving a minimum of 50 per cent of the capital acquisition for the manufacture of indigenously developed systems; maybe, we could start with 30 per cent and go to 50 per cent in a timebound manner,” he suggests.

Sharon Katta - August 17, 2022 0
The Electronics Manufacturing Cluster is leaving no stone unturned for setting up operational units around the country. Out of the 3464.42 acres, 1342 acres...

Sharon Katta - August 17, 2022 0
The Electronics Manufacturing Cluster is leaving no stone unturned for setting up operational units around the country. Out of the 3464.42 acres, 1342 acres...