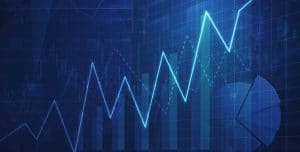 Effective January 1, 2018, the Subsystems business unit was transferred from Others to Analog, MEMS and Sensors Group (AMS). Prior periods have been restated accordingly.

Operating income was $398 million, compared to $281 million in the year-ago quarter, with all product groups growing revenues and with ADG and AMS delivering improved profitability. The Company’s operating margin increased 270 basis points on a year-over-year basis to 15.8% of net revenues, compared to 13.1% in the 2017 third quarter.

By product group, compared with the year-ago quarter: Automotive and Discrete Group (ADG):

(1) Q3 2017 amounts have been adjusted to reflect the impact of new 2018 accounting guidance, which requires, on comparative periods, the reclassification as operating cash flows of the implied interest paid in the settlement of our convertible bonds.

The Company’s guidance for the 2018 fourth quarter is: