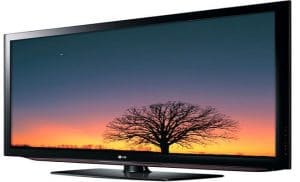 Delhi-based Super Plastronics Pvt Ltd (SPPL), the exclusive license holder for manufacturing and selling Thomson TVs in India, has announced that it is investing around Rs 150 crore to set up its second manufacturing unit in Noida in January 2019.

SPPL CEO Avneet Singh Marwah said that the new facility would have a capacity of 30,000 units per month and the company plans to double the production within a month.

SPPL will be manufacturing Thomson TVs exclusively in this new unit and is eyeing to grab about 10 per cent market share in India’s TV segment by 2022. Singh was quoted by BusinessLine as saying: “Seeing the current scenario, the next five years belong to the affordable category brands (like Thomson TV) and these brands will take over the market share of the top three multinationals in the next five years.”

The makers are expecting a turnover of Rs 500 crore this financial year since the brand has been witnessing a 30 per cent month-on-month growth rate. The new unit is aimed to boost further production and sales of the TVs in the country. Thomson already has 3 production units in India – Una, Noida and Jammu.

SPPL, in April, had become the brand licensee of the French television brand. Marwah then said that it was not easy to make a comeback with Thomson. The discussions were done, and the deal was sealed about two and a half years ago. According to a November 2017 report by PricewaterhouseCoopers, Thomson acquires about 3 per cent share in India’s TV market that is projected to grow by around 6 per cent from 13 million units in 2017 to 18 million units in 2022. Thomson TVs are sold exclusively on Flipkart and fully manufactures in India.