Home Buzz South Korea and Samsung to be Self Sufficient After Japan Imposed Export...
Advertisement 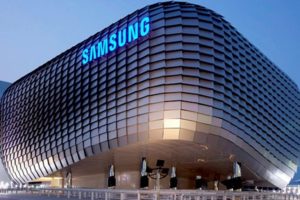 Recently, the South Korea government unveiled an expanded semiconductor material testing facility last month, the centerpiece was a towering white machine given by Samsung Electronics at a fraction of its market price.

“Large chip making companies like Samsung would previously source the best components at the cheapest price, no matter where the material was from. But due to Japan’s export curbs and COVID-19, they have begun to … foster local suppliers and to create a system where they can be supplied without disruptions”, said Lee Jo-won, president of the National Nanofab Center, home to the testing facility.

“This would never have been imaginable in the past, to provide such an expensive device to a public lab. It took a decision from pretty high up.,” said Lee Jong-ho, a professor at Seoul National University.

While industry sources warn korea has come a long way to go to achieve this, the need for self-reliance in chip technology has become more critical with the outbreak of the coronavirus pandemic and US-China tensions threatening to accelerate supply chain shifts. The equipment the Samsung sold to the lab, the ArF immersion lithography machine made by ASML, will help local suppliers test chip material.

The machine, which the world’s top memory-chip maker had been using in its production line, costs up to 100 billion won ($84 million) when new, experts said. A National Nanofab Center official said about 20 billion won had been budgeted to buy and refurbish the machine, without giving details on the final price.