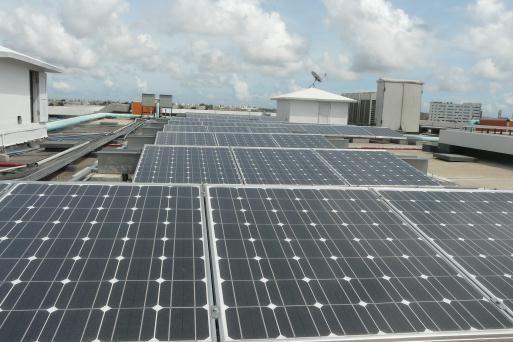 According to a report, power produced by solar plants will be sold at the same price as that from conventional sources like coal by 2017, a power ministry official said. “Solar power is very close to achieving grid parity. It will achieve grid parity by end of the 12th Plan in 2017,” Tarun Kapoor, joint secretary in the new and renewable energy ministry, announced at a conference here on the Indian power industry.

“Consequent to the launch of the government’s solar mission in 2010, we see large volumes (of electricity) coming into the sector and we’ve seen prices come down drastically,” Kapoor reportedly said. Outlining the sequence of fall in tariffs, Kapoor informed the conference that from an initial tariff of Rs.17 per kilowatt (kw) hour fixed by the regulator, subsequent tenders had yielded lower average tariffs, and the last tender floated had fetched the tariff of Rs7.49 per kw hour.

“Odisha did a tender and got a tariff of Rs.7 per kw hour to be constant for the next 25 years. This tariff is fixed for 25 years and is better than that from coal, for instance, where new coal based plants using imported coal would charge Rs.5-6 and domestic coal fired ones would charge Rs.3-4. Then as fuel costs rise, tariffs would also go up.”

Kapoor explained that the objective of the solar mission was to increase electricity volumes from solar energy, thereby bringing down prices and demonstrate that solar power is a very good alternative.