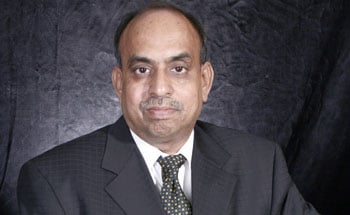 Having contributed tremendously to the Indian electronics industry for over 28 years, S K Jain, founder and managing director of Sumitron Exports Pvt Ltd, passed away on July 4, 2014. He was an electronics engineer from the Punjab Engineering College, Chandigarh. S K Jain started his career working in another company but always wanted to launch his own venture He established Sumitron Exports Pvt Ltd in Delhi in 1986, with the objective of bringing international technology to India. Sumitron is among the leading distributors of high quality equipment, tools and materials for the Indian electrical, electronics, automobile, pharmaceutical and telecom industries.

S K Jain is survived by his wife and two sons, Sumit and Rohit Jain, who are both directors at Sumitron Exports.

The absence of S K Jain will create a big vacuum in the industry as his loss is deeply regretted by all in the electronics industry. Vinod Bajaj, senior manager, corporate, Sumitron Exports Pvt Ltd, says, “Mr S K Jain’s sudden demise is a shock for the entire Sumitron family. I have been working in Sumitron for almost 12 years now but my association with Mr S K Jain goes back to the days when we both worked in the same company, earlier. I have known him for almost 25 years. His demise is a personal loss to me.”

Commenting on this huge loss, Ramesh Chopra, founder and executive chairman, Electronics For You Group says, “The loss of Mr S K Jain will be felt by the entire Indian electronics industry. He was one of the people with a passionate thirst and drive to grow of the industry.”