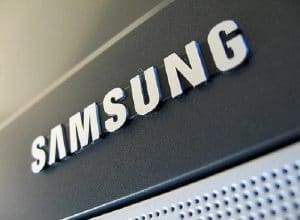 India’s IT hub, Bengaluru, now can boast of having Samsung’s biggest mobile store. Expanding its reach in the world’s second-biggest smartphone market, the South Korean tech giant is all set to showcase its consumer electronics products and latest innovations besides featuring its smartphones in its new ‘Samsung Opera House’.

The store will be offering experiences like Virtual Reality (VR), Artificial Intelligence (AI) and the Internet of Things (IoT) and will also be housing a service centre for its consumers. Mohandeep Singh, Senior Vice-President, Mobile Business at Samsung India views India as an extremely important market. He said that the company has planned to extend its stores to some of the country’s top cities.

Samsung is reportedly eyeing to surpass its major rival, Apple Inc. and it intends to take control of the fierce competition it faces from a range of Chinese products, mainly led by the Xiaomi Corp. group. The new store in Bengaluru is of roughly 33,000 square foot (3,000 square metre) located in the city’s southern tech hub. It has also been reported that the company wants to develop the store as a meeting point for start-ups and venture capitalists.

The company recently opened the world’s biggest smartphone plant in Noida and now it has launched its biggest mobile store in Bengaluru.  It indicates that the Indian market is proving to be a profitable investment. Currently, it has been reported that Samsung is making around 67 million smartphones in India and with the new plant being functional, it is expected to manufacture nearly 120 million mobile phones.

With the opening of the store, the tech major aims to become a part of the larger community in Bengaluru. Singh also added that the centre is an extension of Samsung’s “Make for India” initiative.