According to a report by Mercom India, India is the second largest market for solar panels in the world and ranks fifth in installations 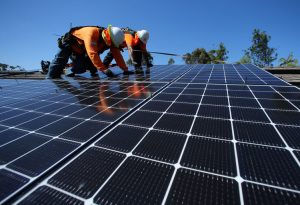 Clean energy communications and consulting firm, Mercom Communications India has released its India Solar Market Leaderboard report for the first half of 2018. The report on India’s solar power market shares and shipment rankings says that India installed 4.9 GW of solar power across the country, consolidating its position as the second largest solar market in the world behind China during this period. It stands as the 5th largest solar market in the world for total cumulative installations.

The newly released India Solar Market Leaderboard 1H 2018 reveals the market leaders in the solar segment. Raj Prabhu, CEO of Mercom Capital Group said, “New leaders are emerging in the highly competitive Indian solar market, while some of the more established companies maintained their leadership position in the first half of 2018.”

The top 10 large-scale developers accounted for about 55 per cent market share, with all the others making up the remaining 45 per cent. There were approximately 300 utility-scale project developers in the country with projects of at least 5 MW or more in operation.

The top 10 installers made up only 27 per cent of all rooftop projects installed in India, leaving all other rooftop developers with 73 per cent of the share, a reflection of the fragmented nature of the market. Sterling and Wilson was the top EPC company cumulatively and in the first half of 2018 while The ASEA Brown Boveri (ABB) is leading the solar inverter market in India

The top five module suppliers accounted for over 37 per cent of the market. At the end of June 2018, Trina Solar was the leading module supplier to India in terms of cumulative shipments while ZnShine was the top supplier.