Under the joint venture, the companies had manufactured handsets for LG, Blackberry, HTC, Oppo, OnePlus, and JioPhones 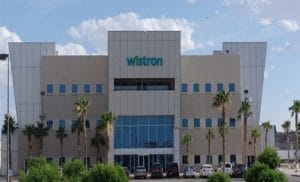 The joint venture between Wistron and Optiemus Infracom has ended after Optiemus acquired the 19.91 per cent shares held by Wistron in the subsidiary Optiemus Electronics Ltd.

With this acquisition, Optiemus Infracom, which previously held an 80.09 per cent stake in the joint venture unit, will now wholly own it.

Optiemus Infracom had previously informed in a regulatory filing that the acquisition would be an all-cash deal of Rs 1.24 crore.

Optiemus Infracom Chairman Ashok Kumar Gupta said, “This acquisition is aimed to drive value creation for all the stakeholders by strengthening the ownership and work towards enhancing the brand image of Optiemus.”

“It will also help us in foraying into new business verticals besides building up the existing business verticals. This will result in mitigation of associated business risk and achievement of greater financial flexibility and earnings,” Gupta added.

Notably, the joint venture between Optiemus Infracom and Wistron Corporation, a major supplier to Apple, was how the world’s second-largest contract manufacturer had entered India. Under the joint venture, the companies had manufactured handsets for LG, Blackberry, HTC, Oppo, OnePlus, and JioPhones.