The Ministry has amended the guidelines for the fourth time, allowing SECI to extend deadlines for financial closures without its approval 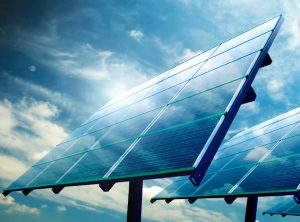 The Ministry of New and Renewable Energy (MNRE) has amended its Viability Gap Funding (VGF) guidelines under which the government plans to develop 2 GW of solar photovoltaic (PV) projects.

Extension of dates for financial closure

According to the new amendment, the Solar Energy Corporation of India (SECI), can extend the deadline for financial closure and commissioning date of a solar project in case of any delay in the land allotment for the project or connectivity by the government. This shall be done without any financial implications to the project developer. In cases where SECI is the developer, MNRE will give the approval for such extensions.

Earlier, SECI could approve extensions for a maximum period of 3 months. Extending the deadline beyond 3 months mandated SECI to approach the Ministry of New and Renewable Energy with full justification for the delay. The latter would provide an extended period of 2 more months with the approval of its joint secretary and in case the time exceeds the new deadline, MNRE’s secretary had to pass the approval.

It is released in 2 tranches – 50 per cent on successful commissioning of the full capacity of the solar power project and the remaining 50 per cent after completion of 1 year of successful operation of the project. These are the projects that are to be developed under Batch-III, Phase-II of the National Solar Mission.

This is the fourth time that MNRE has amended the guidelines for Viability Gap Funding for solar developers.