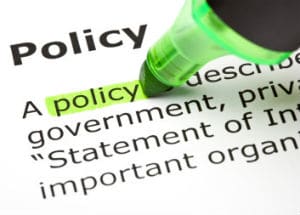 February 11, 2015: The government of Maharashtra is likely to declare its new Information Technology (IT) policy by March 9, 2015. As per the reports, the push would be on those component manufacturing, which are mostly procured through imports. Additionally, data centre services will also receive revived focus.

The present policy of the state government was announced in April 2009 and remains operational till March 31, 2015.

As reported by BusinessLine, the centre will be manufacturing printed circuit boards (PCBs), LED lights and equipment for communication. At present, LED systems are very much in demand however, very few Indian companies are engaged in the manufacturing of these systems. Consequently, the renewed IT policy will give additional sops for Indian manufacturing units for manufacturing such LED systems in Maharashtra.

Shortly India’s electronics items import bill will cross the bill of crude oil imports. Therefore, it is of utmost importance to promote local manufacturing. Speaking to BusinessLine, an official said that offering tax breaks is one of the methods to counter the rising import bill.

The new policy is said to integrate ease of doing business with departments of government. An online platform will be created to handle the mandatory permissions and approvals would be given in a time bound manner.

The official also said that since Mumbai is the destination point for submarine cables that carry data, numerous data centres have mushroomed up in this region. The government of Maharashtra wants to develop these data centres in Tier-1 and Tier-2 cities as these centres require a minimum investment of Rs 5 billion; hence, sops in terms of supplementary Floor Surface Index (FSI) and waiver on specific duties will also be examined in the policy.

Apart from this, focus would also be laid on traditional BPO systems and software companies, given their ability to create huge employment.