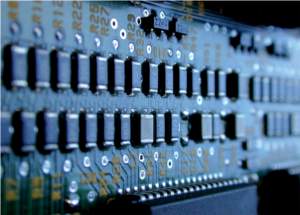 Tuesday, September 23, 2014: Low-intensity conflict or LIC is eating into the electronics industry in India and it’s highly required that the country combats the crisis. That’s why Electronic Warfare or EW systems are brought into the scene to play a lead role in the crisis management.

Association of Old Crows (AOC) India Chapter is a pivotal organisation of top EW resources and U K Revankar is the president of the entity. Revankar has told The New Indian Express that for India it’s very important that latest EW technologies are embraced to tackle the LIC situation in future. He said, as systems are getting more complicated as well as polished, EW’s necessity is fast growing. To ensure the India is safe internally, EMS based technologies play a major role.

According to Revankar, India need to progress both technologically and commercially in the EW sector so that full support is provided to the Armed Forces. After the EW systems are integrated into the country fully, then timelines should be set for their production and the country should also strive to get the best EW practices from across the globe, as told by Revankar.

He also said that, if more support is provided by Defence Research and Development Organisation (DRDO) and the Ministry of Defence, then his organisation can also ensure that EW systems are developed maintaining a certain standard in the country. Bharat Electronics Ltd (BEL)’s R&D director A T Kalghatgi said EW domain is facing more and more engineering complexities. In modern warfare, there are several areas which need to be revamped and regular performance testing is also essential in this process, as per Kalghatgi.

The newest EW systems should be more flawless and contain intense software, so that it becomes for user-friendly, as per Kalaghatgi. BEL is the top technology integrator for numerous weapon platforms for Armed Forces. Now BEL is also entering the EW systems too steadily and an investment plan of Rs 10,000 million is also there. DRDO Director General S S Sundaram said EW systems will multiply the outcome of the Armed Forces. The US has been taking up cyber warfare programme these days and India is also not lagging far behind in the race. AOC awards were handed over on Saturday by Sundaram to eight EW brains for their immense contribution to the system so far.