In yet another feather in the city‘s cap, IIT Kharagpur is not only setting up an off campus centre in Hyderabad where it plans to offer programmes in, advanced manufacturing, robotics and cyber security, it is also mulling a 15-20 acre research park in the long run to sharpen focus on training of professionals as well as research and industry projects. 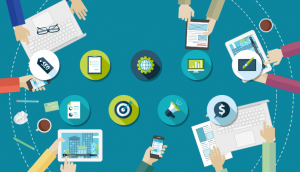 While its (CoE) in AI is slated to open in March 2019 in , IIT Kharagpur is also in talks with the government for land for the research park, IIT Kharagpur‘s programme manager in Hyderabad, Utkarsh Prasad, disclosed.

The research park will focus on areas like AI, cyber security, defence and aerospace, advanced manufacturing and robotics, in which IIT wants to train professionals and carry out research and industry projects, said Prasad to TNN. He further informed that they are in talks with the Telangana government for land for the park.

Telangana IT principal secretary Jayesh Ranjan said the state government has identified 2,000 sft space for the IIT Kharagpur’s centre at Kukatpally. Ranjan said that IIT Kharagpur is in one corner of the country so they don’t get too many guest faculty and industry connect so easily and that is the reason they were scouting around for establishing their centre in a city that is much more accessible, central and happening from the tech point of view, which is why they came to Telangana. He further added that an MoU will be inked soon by the government with IIT Kharagpur.

Ranjan said the IIT Kharagpur centre will be set up in the same building that will also house Nasscom’s CoEs on AI and data science as well as one on cyber security. The boards for these two CoEs have already been constituted and the first meeting of the AI&DS CoE has also been conducted. While NIIT co-founder Rajendra Singh Pawar has been appointed chairman of the governing council for the cyber security CoE, Mindtree chairman Krishnakumar Natarajan has been appointed chairman of the governing council of the CoE on AI&DS. The MoUs for the CoEs on cyber security and AI&DS were inked by Nasscom with the Telangana government during the World Congress on Information Technology that was held in Hyderabad in February 2018.