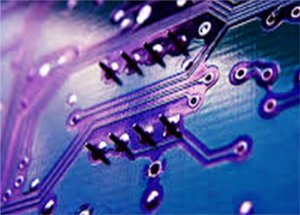 As knowledge partners to MIDC and MCCIA, IESA has extended support to prepare and submit the preliminary application with the project report for a proposed CFC (Common Facilities Centre) in Pune, under the guidelines of the EMC scheme of DeitY, GoI. The Government of Maharashtra will now submit the preliminary application to the Department of Electronics and Information Technology (DeitY) for their in-principle approval.

The EMC project will have a large role in redefining the future of electronics design and manufacturing in the state. The cluster will be located in Pimpri Industrial Area, spread over 2508.38sqm and is estimated to have an investment of Rs. 708.9 million. The objective is to set up a Common Facility Centre (CFC), by supporting the existing brownfield industrial cluster in Pune, offer State-of-the-Art Facilities and support Existing Units to help local electronics industry move higher in the product value chain. The cluster will encompass common facilities for production support services like Designing Center, Surface Mount Technology Line, EMC / EMI and Environment Lab, Test and Measurement Lab, Rapid Prototyping and Tool Room.

As per the guideline of the EMC Scheme, a Special Purpose Vehicle (SPV) in the form of a Section 25/Section 8 Company under the Indian Companies Act 2013, named ‘MCCIA Electronic Cluster Foundation’, will be set up to implement the project. MCCIA along with seven private ESDM companies, industry associations, financial institutions, research & development institutions, state or local governments or their agencies and units within the EMC will lend its support for promoting the SPV.

Taking the engagement further, IESA has been entrusted by Maharashtra Industrial Development Corporation (MIDC), to set up an ESDM Incubation Center in Pune. This is another major step towards addressing specific requirements of the local industry thereby increasing domestic value addition and reducing the reliance on imports – be it at the components or product level.

“The city of Pune has a rich history of research and innovation and over the years it has emerged as the engineering capital of our country coupled with a powerful entrepreneurial eco-system of well-known technology start-ups. Establishing its leadership position in the areas of automotive, engineering, R&D  etc., we strongly believe the city can contribute significantly into the future growth of the electronics and semiconductor sector in India,” said Bhushan Gagrani, CEO, Maharashtra Industrial Development Corporation.

“We witnessed government’s commitment to transform India as a manufacturing nation and it is time for the industry to rise to the occasion. Taking cues from the automotive sector, we envisioned Pune as the hub for engineering, design, innovation and manufacturing in the ESDM space.  We are thrilled with our ongoing association with IESA for the brownfield EMC project and with their strategic inputs, we have inched closer to the implementation of the project. Now, it requires a speedy approval to continue the momentum and transform Pune as the Innovation Hub.” said Anant Sardeshmukh, Director General, Mahratta Chamber of Commerce Industries and Agriculture

“As a country striving to transform itself into an ESDM hub, Maharashtra can play a pivotal role by strengthening product design and development, primarily focused around the industries sectors that are already thriving in the state. Establishment of the EMC and incubation facility is a visionary step and we appreciate the government of Maharashtra, MIDC and MCCIA for their commitment and intense efforts to build a robust development ecosystem in the state,” said Ashok Chandak, Chairman, IESA.

The incubation center will promote entrepreneurship and spearhead innovation and R&D by igniting electronics development for the nation. IESA will play a larger role in defining the overall business model and processes at the incubation center comprising of evaluation of start-up projects, mentorship model, organizational structure, day to day operations, financing models and analysing the possible outcomes.

The recommendation for setting up incubation centre in Pune aligns with the Government of India’s focus to promote entrepreneurship. In the recent budget session, Union Minister for Finance, Arun Jaitley has allocated Rs. 1000 crore to enable ‘start-up incubation in the technology space’.