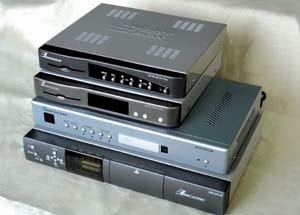 One of the major hurdles facing domestic STB manufacturers is the VAT paid by them, which makes their products costlier than imported STBs

Tuesday, April 23, 2013: With the completion of Phase 1 of India’s ambitious project for the full digitisation for the cable industry in the metros of Delhi, Mumbai and Kolkata in November 2012, 2.24 million set top boxes (STBs) were installed in Mumbai, 2.5 million in Delhi, and 0.5 million in Kolkata—against an estimated demand of 10 million STBs. For an industry that has a capacity of manufacturing 24 million STBs annually, meeting the 10 million production mark locally was not impossible. However, despite the huge spurt in demand for STBs, due to certain disability factors, it only translated to a 5-7 per cent growth in domestic manufacturing, says Atul Lall, deputy managing director and CEO, Dixon Technologies (India) Pvt Ltd.

Recently, Information and Broadcasting Minister, Manish Tewari, has also admitted that since most of the STBs are currently being imported, the domestic manufacturers could get only a negligible share of this booming market. He also admitted that foreign countries like China have gained from this digitisation project more than the domestic manufacturers. He said that, in the next phase, the government will try to boost indigenous manufacturing of STBs.

Advantages of indigenous manufacturing
There are certain advantages to the domestic manufacturing of STBs compared to imports, which also makes it a viable option. Local availability of STBs will significantly bring down the cost operators incur to hold and store their inventory, and will provide huge flexibility to the system, with regard to the supply chain and development.

Besides, a rise in domestic manufacturing will create tremendous job opportunities in India, both directly and in allied industries. According to the Consumer Electronics and Appliances Manufacturers Association (CEAMA), for 1 million STBs, 250 people would be provided direct employment. For every direct job generated, three indirect employment opportunities will be generated in the sector. For 1 million STBs, the employment generated would be for a 1000 people. So, for a requirement of 10 million STBs, the total number of jobs created would be about 10,000.

Local manufacture will also protect the industry from losing its profit margins due to exchange rate fluctuations and would help in saving the country valuable foreign exchange.

Once the manufacturing of STBs takes off, it would provide huge opportunities for exports. Already, one EMS company is exporting STBs in great numbers to the US and EU countries; so this can be a great opportunity for the industry to grow through exports as the analogue TV market shrinks across the world.

What hinders STB manufacturing in India?
One of the major impediments for domestic STB manufacturers is the value added tax (VAT) paid by them, which makes their products costlier than imported STBs. This is one of the main reasons why domestically produced STBs are losing out to imported ones.

Shares Amit Kharabanda, executive director, MyBox Technologies Pvt Ltd, “Local STB manufacturers are paying 12.5 per cent VAT to the government. This is responsible for the difference in the cost between domestic and imported STBs. We have taken up this issue with the government and are hoping that some concrete steps will be taken. There is a disability factor in the market because of such a tax structure and manufacturing will get a boost only when this is resolved.”

The main reason behind imposing VAT is that the Indian operators are not able to provide Form C, which hikes the cost of Indian STBs with an additional 12.5 per cent VAT. Explains Atul Lall, “This happens because DTH and cable operators give out STBs on lease, which means that they are not making a sale and it is qualified as a right to use only.” However, sales tax is a state government subject, and some of the states show the product taken on lease as a ‘sale’, so the authorities ask for VAT. Whereas, some states cannot do so, in which case, the manufacturer is not paying VAT and hence cannot issue Form C. Therefore, when these firms import, no tax is paid, Atul Lall explains.

At present, the gap between demand and capacity is huge in India, which can be filled only if the manufacturers get the required support from the government and the operators, who are at the moment importing the STBs. “The operators still lack confidence in the manufacturers and hesitate to give them additional orders. This confidence will be built over time, when they will see the manufacturers producing more than their present capacity. Also, when you produce locally, the level of coordination between the manufacturers and the operators is much better, as there is no language barrier and other obstacles that crop up when the STBs are imported. Moreover, India has a skillset for software and hardware development and we must exploit our potential to the fullest,” adds Atul Lall.

Finally, the government wakes up to the problem
Realising the negligible domestic manufacturing of STBs despite the digitisation project, the Information and Broadcasting (I&B) secretary, Uday Kumar Varma, has recently said that the government may mandate a certain percentage of STBs to be procured domestically if domestic manufacturers are able to price their products competitively.

The I&B Ministry has written to the Finance Ministry about the issue of locally manufactured STBs attracting higher rates of VAT, while imported STBs are subjected to a lower rate of service tax as it is considered a service offered by cable operators. The I&B Ministry has asked the Finance Ministry to remove the tax anomaly and create a level playing field for domestic STB manufacturers.