Hitachi, in two years, will be doubling its existing 2,500 workforces in India to meet the increasing needs of the Internet of Things (IoT) projects 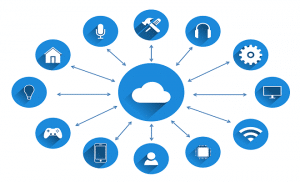 Hitachi Global Digital Holdings have planned to double its workforce in India to accelerate its business in the information technology (IT) segment. Hicham Abdessamad, President and CEO, Hitachi Consulting, said that the newly formed IT wing would be focusing on its digital business including digital delivery and to meet the requirements with the growing IoT projects, the company would need additional staff.

The company has a staff strength of about 2,500 in India, which it has planned to double within two years. The aim is to include new talent to cater to local customers and establish global offerings.

Hitachi Digital will be focusing on the manufacturing segment by providing Internet of Things (IoT) solutions. It also intends to foray into making bullet trains and transportation services in the urban mobility sector. The company has an existing development team in India. By including more employees, it aims to tap into the market opportunities by combining the products and services of its two newly acquired firms, Pentaho, a data analytics company and Rean Cloud, a cloud computing organisation. Hitachi wants to broaden its focus area from storage and server products.

It plans to combine the two companies to offer co-created software solutions that are easy to organize and then mould them into products that can be offered as a service to other customers in a pay-as-you-go model. This will, in turn, lead to building software platforms. The Hitachi CEO said that the company would start investments on its digital applications that would be sold as services implemented by a systems integrator. He also acknowledged that since Hitachi did not have the financial capability, it would try to stand out by focusing on its areas of expertise and then shift accordingly.