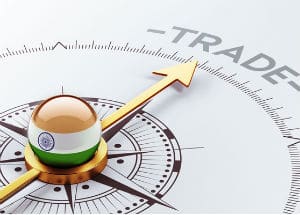 April 2, 2015: The much awaited Foreign Trade Policy 2015-20 was unveiled by Minister of Commerce & Industry Nirmala Sitharaman, at Vigyan Bhawan. The new five year Foreign Trade Policy, 2015-20 provides a framework for increasing exports of goods and services as well as generation of employment and increasing value addition in the country, in keeping with the “Make in India” vision of Prime Minister. The focus of the new policy is to support both the manufacturing and services sectors, with a special emphasis on improving the ‘ease of doing business’.

During her address Sitharaman stated that there were various forces shaping India and its equation with the rest of the world. She urged the Government and industry to work in tandem to deal with the challenges posed.

The release of Foreign Trade Policy was also accompanied by a FTP Statement explaining the vision, goals and objectives underpinning India’s Foreign Trade Policy, laying down a road map for India’s global trade engagement in the coming years. The FTP Statement describes the market and product strategy and measures required for trade promotion, infrastructure development and overall enhancement of the trade eco system. It seeks to enable India to respond to the challenges of the external environment, keeping in step with a rapidly evolving international trading architecture and make trade a major contributor to the country’s economic growth and development. She promised to have regular interactions with all stakeholders, including State Governments to achieve the national objectives.

FTP 2015-20 introduces two new schemes, namely “Merchandise Exports from India Scheme (MEIS)” for export of specified goods to specified markets and “Services Exports from India Scheme (SEIS)” for increasing exports of notified services, in place of a plethora of schemes earlier, with different conditions for eligibility and usage. There would be no conditionality attached to any scrips issued under these schemes. Duty credit scrips issued under MEIS and SEIS and the goods imported against these scrips are fully transferable. For grant of rewards under MEIS, the countries have been categorised into three Groups, whereas the rates of rewards under MEIS range from 2 per cent to 5 per cent. Under SEIS the selected Services would be rewarded at the rates of 3 per cent and 5 per cent.

Measures have been adopted to nudge procurement of capital goods from indigenous manufacturers under the EPCG scheme by reducing specific export obligation to 75 per cent of the normal export obligation. This will promote the domestic capital goods manufacturing industry. Such flexibilities will help exporters to develop their productive capacities for both local and global consumption. Measures have been taken to give a boost to exports of defense and hi-tech items. At the same time e-Commerce exports of handloom products, books/periodicals, leather footwear, toys and customised fashion garments through courier or foreign post office would also be able to get benefit of MEIS (for values upto Rs 25,000). These measures would not only capitalize on India’s strength in these areas and increase exports but also provide employment.

Commerce Minister stated that although exports from SEZs had seen phenomenal growth, significantly higher than the overall export growth of the country, in recent times they had been facing several challenges. In order to give a boost to exports from SEZs, government has now decided to extend benefits of both the reward schemes (MEIS and SEIS) to units located in SEZs. It is hoped that this measure will give a new impetus to development and growth of SEZs in the country.

Trade facilitation and enhancing the ease of doing business are the other major focus areas in this new FTP. One of the major objective of new FTP is to move towards paperless working in 24×7 environment. Recently, the government has reduced the number of mandatory documents required for exports and imports to three, which is comparable with international benchmarks. Now, a facility has been created to upload documents in exporter/importer profile and the exporters will not be required to submit documents repeatedly. Attention has also been paid to simplify various ‘Aayat Niryat’ Forms, bringing in clarity in different provisions, removing ambiguities and enhancing electronic governance.

Manufacturers, who are also status holders, will now be enabled to self certify their manufactured goods in phases, as originating from India with a view to qualifying for preferential treatment under various forms of bilateral and regional trade agreements. This “Approved Exporter System” will help these manufacturer exporters considerably in getting fast access to international markets.

A number of steps have been taken for encouraging manufacturing and exports under 100 per cent EOU/EHTP/STPI/BTP Schemes. The steps include a fast track clearance facility for these units, permitting them to share infrastructure facilities, permitting inter unit transfer of goods and services, permitting them to set up warehouses near the port of export and to use duty free equipment for training purposes.

Considering the strategic significance of small and medium scale enterprise in the manufacturing sector and in employment generation, ‘MSME clusters’ 108 have been identified for focused interventions to boost exports. Accordingly, ‘Niryat Bandhu Scheme’ has been galvanised and repositioned to achieve the objectives of ‘Skill India’. Outreach activities will be organized in a structured way at these clusters with the help of EPCs and other willing “Industry Partners” and “Knowledge Partners”.

Nishchay Pandey - August 10, 2022 0
A group of researchers who are a part of an RMIT-led multinational collaboration, recently reported that they have for the first time observed the...

Nishchay Pandey - August 10, 2022 0
A group of researchers who are a part of an RMIT-led multinational collaboration, recently reported that they have for the first time observed the...