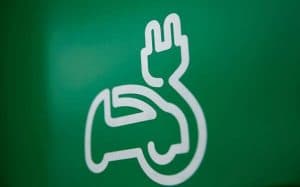 The Centre is working on a policy for electric vehicle charging infrastructure as per which the designated government agencies such as NTPC, Power Grid Corporation of India, state power discoms and select municipal authorities will have to identify locations and set up charging infrastructure in the assigned cities and on select highways within one year. They will have to operate the stations for at least three years, said a senior government official.

The government has proposed a grant of Rs 1,050 crore for 4,200 public charging points in populated cities and major highways, besides concessional land and local authority support.

As per the proposed policy, committees at central and state levels will identify the cities and highways, designate nodal implementing agencies and monitor and review implementation of the charging stations, said the official, speaking on condition of anonymity.

The committees might opt for bulk procurement of charging stations through agencies such as Energy Efficiency Services Ltd. The Department of Science and Technology is yet to announce the technology to be adopted for charging stations.

Alekhya Datta, fellow, The Energy and Resources Institute said to ET that this is a gigantic step for New India, and such a policy push would enable to accelerate electric vehicles on ‘market-mode’, similar to solar in the coming years. He further stated that large-scale penetration of e-vehicles would be beneficial for grid operators to manage transition in the Indian electricity sector due to high penetration of renewables.

On the other hand Joy Nandi, Advisor at Blue Canopy Consultants said to the English Daily that the main question will unfortunately still remain – by when will these public undertakings be ready to take on this mammoth task, after fully understanding the commercial, operational and technological issues related to installing and operating charging stations.

Headlines Editor Team - July 4, 2020
0
The South-Korea based Samsung is looking invest around Rs 54 Billion in setting up this manufacturing plant It has signed a memorandum of...