Foxconn does not expect to miss more than 10 per cent of its orders. But it is gradually witnessing the effects of the shortage 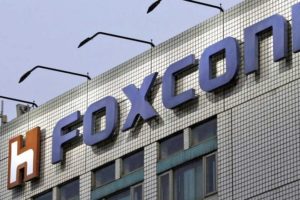 Amid the global chip shortage crisis that has put hardware manufacturers all over the world on a setback. Now, Foxconn is the latest company in the industry to be hit by its effects. Foxconn CEO Young Liu said that under the current situation, the company is unlikely to be able to fulfil all the orders it has received, adding that the shortages could be expected to last till the second quarter of 2022.

Liu further said, “In the first two months of the first quarter, the impact (of the shortage) was not so palpable, but we are gradually seeing that change.”

Foxconn had been tackling various issues since last year; the coronavirus pandemic led to a major halt in production capacities due to the lack of adequate workforce, with which came lockdowns in most parts of the world which further slowed down business.

With this crisis though, Foxconn does not expect to miss more than 10 per cent of its orders. But it is gradually witnessing the effects of the shortage which could have an impact on its long-term production capacities, thus affecting clients like Apple and other major brands.

Foxconn, which is a major supplier to tech giant Apple, is also the world’s largest contract electronics manufacturer. Earlier, companies like Samsung, Sony and Microsoft warned investors that the chip scarcity could lead to low supply and production of many of its new and existing products.