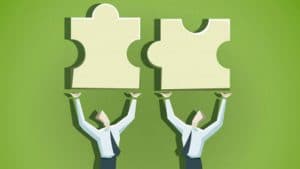 Galaxy Semiconductor, Inc has announced that it has signed a definitive agreement to acquire substantially all of the assets of the Quantix Business from Mentor Graphics Corporation which is a Siemens-owned business. It said that the acquisition will help Galaxy to re-establish itself as the premier independent provider of test data management and analysis solutions for the semiconductor industry.

The transaction is expected to close in a few weeks. The terms of the deal have not been disclosed. Philippe Lejeune, board chairman and CTO of the newly formed company said, “We chose to continue with the Galaxy name because of the many years of history and the strong reputation that it enjoys in the semiconductor industry. I’m looking forward to leading this great team to design and build amazing new products that address difficult technical challenges such as yield optimization, device characterization, and reliability improvement.”

The company said that Galaxy is acquiring several software solutions from Mentor. It includes a suite of software used by over 100 microelectronic device designers and manufacturers to improve the quality, reliability, and yield of their devices.

Yield Man is used in high volume manufacturing of semiconductor devices to automatically capture and store test data created during device testing processes. The data is written to a data storage medium. It can be extracted by engineers to analyse manufacturing yield and device performance compared to specifications. PAT Man uses sophisticated statistical methods and algorithms to identify semiconductor devices that may be at higher risk of operational failure. Offline Shmoo is used to characterise the operational boundary conditions for a semiconductor device. It helps engineers to test a range of input conditions to understand the combinations of variables that will result in a device’s normal operating range.