Despite the rising imports of solar equipment from China, the Finance Ministry has turned down a Rs 20,000-crore plan to support the local solar equipment manufacturers with incentives and subsidies. 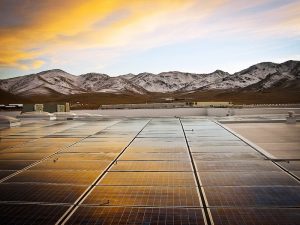 The plan was prepared by Ministry of New and Renewable Energy (MNRE) to battle the flood of Chinese imports. Imports, accounting for nearly 90 percent of solar cells and modules used in India, have risen 38 percent year-on-year to Rs 21,400 crore in the fiscal year 2016-17.

The plan which would have cost the government Rs 20,000 crore, would have lowered the cost of making the equipment for the Indian solar manufacturers through various subsidies and incentives, an ET report said citing a source.

After the Indian plea to keep the ‘domestic content requirement’ component in India’s Jawaharlal Nehru National Solar Mission was turned down by World Trade Organisation (WTO) third time in September last year following a US objection, the MNRE started working on the plan.

According to the US objection, the clause in the solar mission which mandated a part of India’s solar capacity target had to be met domestically manufactured solar panels and modules, breached three WTO agreement India had signed.