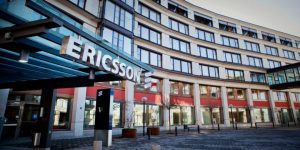 Swedish based mobile telecom gear maker Ericsson said that its third-quarter results will be hit by $1.23 billion provision it was making for US investigations. The investigation covers a period ending Q1 2017 and revealed breaches of the Company’s Code of Business Ethics and the FCPA in six countries: China, Djibouti, Indonesia, Kuwait, Saudi Arabia, and Vietnam.

A failure to react to red flags?

It is the Company’s assessment that the breaches are the result of several deficiencies, including a failure to react to red flags and inadequate internal controls which enabled a limited number of employees to actively circumvent internal controls for illegitimate purposes.

“We have to recognize that the Company has failed in the past and I can assure you that we work hard every day to build a stronger Ericsson, where ethics and compliance are cornerstones in how we conduct business,” said Borje Ekholm, president and CEO, Ericsson.

“Over the past two years, we have made significant investments in our ethics and compliance program including our investigative capabilities and have taken actions against employees who have transgressed our values and standards,” he added.

Ericsson has been co-operating voluntarily with investigations by the United States Securities and Exchange Commission (SEC) and with the United States Department of Justice (DOJ) regarding the Company’s compliance with the U.S. Foreign Corrupt Practices Act (FCPA).