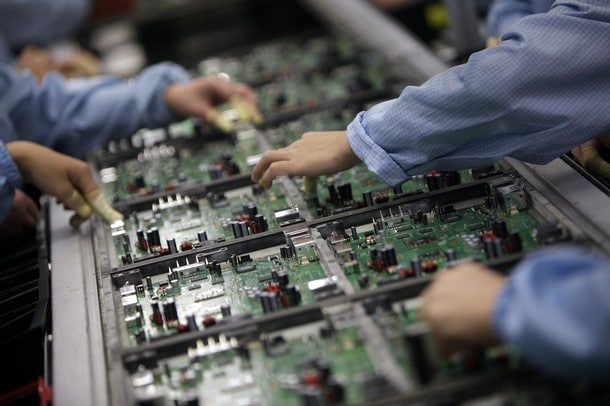 At an event on Monday, the Minister of State for IT and Electronics, Rajeev Chandrasekhar emphasised the need for a competitive domestic ecosystem of electronics components and suppliers. Chandrasekhar launched a report by the India Council for Research on International Economic Relations (ICRIER), in collaboration with India Cellular and Electronics Association(ICEA) in Delhi. He said that it is essential if we aim to enhance exports while also increasing the share of total domestic value addition (DVA) at the same time. The minister opined that the exports and production at scale will help meet the goal of the ‘Make in India for the World’ programme while also taking the economy to a trillion-dollar mark by FY25.

The report, titled ‘Globalise to Localise’ states that India should relentlessly focus on achieving a global scale in exports with a short-term target of at least $30 billion. This calls for easing localisation requirements, lowering custom duties and accelerating integration through free trade agreements (FTAs) for some time.

It must be noted that today, India is the second largest manufacturer of mobile phones globally. India’s electronic exports have nearly tripled between 2015 and 2022 — from $5.8 billion to $16 billion. Although China dominated the electronics space for the last few decades, the post-Covid era has opened a window of opportunity for India. The minister stated, “During the period between 2014 to 2020 (pre-Covid), electronics manufacturing grew almost 250 per cent in India. To further catalyse this momentum, Prime Minister Narendra Modi launched a series of PLI schemes with incentives of $20 billion that has created a significant expansion of investments, units and jobs in the sector.”

The Director and CE of ICRIER, Dr Deepak Mishra commented, “The study finds that China and Vietnam have adopted the mantra of ‘first globalise, then localize’, which means in the initial years they were determined to achieve global scale in exports, and then shifted their emphasis to greater use of local contents.”

Anritsu Corp of Japan sets up subsidiary in India