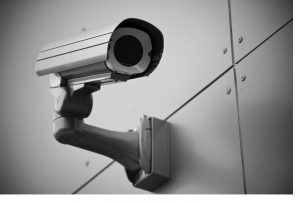 The chief guest of honor for the day was Dr. Ajay Kumar, IAS, Additional Secretary – Meity along with other industry members such as Yogesh B. Dutta, CEO, CP Plus, Vikram Rajvanshi, Consultant, Ministry of Finance, New Delhi and Ashok Atluri, CMD, Zen Technologies who graced the occasion with his views and shared various initiatives taken in this direction by the Government of India.

Many senior officials from other departments and ministries like MHA, Paramilitary Forces, Police, MHUA, various PSUs etc. graced the occasion. The interactive session shall was aimed at benefiting the security equipment manufacturers, importers and system integrators and provide ‘ease of doing business’ through knowledge and information about new and progressive government policies.

Taking about the future of the security industry in India, Dr. Ajay Kumar said, “We all need to put our heads together and forward with the best possible solution for the security There should be a circle of trust and combined desire by all the players in the industry in order to make this new procurement policy a success. This is an area where not much work has been done. We in the ministry is contemplating to come up with a working group. The urgent need of the hour is to come up with proper security standards in order to retain the reliability of the security products. This industry is growing exponentially and will continue to grow. I believe it is a very good time to come together, join hands and be a part of this rapidly increasing industry”.

Discussing about the security manufacturing scenario in India, Vikram Rajvanshi threw light on the ‘Public Procurement Order-2017’ for the micro and small enterprise (MSE) of India and how the security industry can take benefit of it. The Ministry of Finance is involved in revision of the procurement manuals and played in drafting the public procurement order-2017.

Discussing about the same, Ashok Atluri said, “There should be preference for growing information technology in India. Unless we start paving paths for growth of information technology in India, the country won’t be prepared for a change. Government has the notion that we can never make innovations in India. I believe it’s high time we all realise that it is the policy that has actually held us back from making innovations happen in India”

Yogesh Dutta commented, “Shifting the manufacturing base from China to India won’t make the difference. Make in India is a just a baby step that we have taken. Our target should be such that the manufacturers get chance to invest in the R&D sector”.

“CCTV camera manufacturing grows exponentially in Make in India”, Ajay Kumar tweeted this morning in respect to the growing security market in India.