The price of smartphones is likely to go up as the government proposes to levy a special additional duty of 2 per cent on a component that accounts for nearly 30 per cent of a phone’s manufacturing cost. 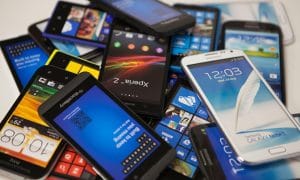 That means handset manufacturers, domestic or foreign, will have to pay the extra duty if they import printed circuit boards (PCB) used in mobile phones.

The decision, announced on Wednesday in the budget for the 2017-18 fiscal, put paid to hopes of a drop in handset prices in alignment with the government’s push for a digital economy that encourages use of smartphone for just about everything — including buying goods and services through e-wallets.

Naveen Aggarwal, partner (tax) at KPMG, said the additional duty will be passed on to the consumer as India “doesn’t have the capacity to manufacture PCBs from scratch”.

Industry experts believe the move could persuade domestic handset manufacturers to shift from assembling smartphones in country with imported parts to fulltime manufacturing.

But Aggarwal warned that India may lose the manufacturing war to countries such as Vietnam and Indonesia in the process.