The solar industry is getting jittery over a move to impose anti-dumping duty on solar cells. 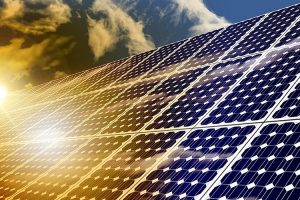 The move comes at a time when the viability of the recently awarded projects at tariffs below ₹3.5 per unit is being questioned by analysts due to rising prices of solar modules sourced from China.

The lowest solar tariffs of ₹2.97 and ₹2.44 per unit, arrived at earlier this year in the Rewa Ultra Mega Solar Park and Bhadla Phase III solar park auctions, respectively, were based on assumptions that solar module prices will drop by another 10-15 per cent to $0.26-$0.28 a watt.

According to Animesh Damani, Managing Partner at Artha Energy Resources, for a bid of ₹2.44, every 10 per cent increase in solar module prices will lead to a decline of around 0.7 per cent in internal rate of return (IRR), which is already low at about 7 per cent.

The prices of Chinese modules have increased to $0.35-0.36 per watt and more due to various reasons. These include rising domestic demand for solar panels in China; a decline in domestic production of polysilicon; and the possibility of the US imposing tariffs on imports of solar panels from China starting from next year, which will lead to sharp surge in the demand from the US in the next quarter.