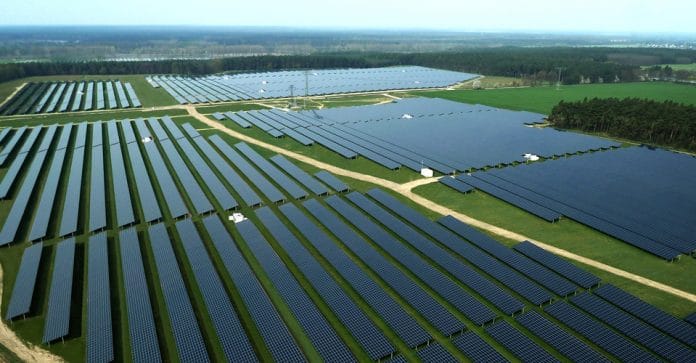 A new research article, “Renewable Energy and Land Use in India: A Vision to Facilitate Sustainable Development”, published in the scientific journal, Sustainability, shows that total land footprint needed to meet India’s renewable energy targets is large. It ranges from approximately 55,000 to 125,000 square kilometer (Sq Km), or areas roughly the size of Himachal Pradesh or Chhattisgarh, respectively.

“If renewable energy development proceeds with the singular aim of maximizing resource potential, approximately 6700–11,900 Sq Km of forest land and 24,100–55,700 Sq Km of agricultural land could be impacted at various scales. These losses could cause environmental and social conflicts, jeopardize financial investment, and in turn slow the expansion of renewable energy in the country,”read the research report.

The Nature Conservancy analyses also shows that there is ample opportunity (more than 10 times what is needed) to achieve India’s solar and wind goals on converted lands, which are likely to have lower biodiversity or agricultural values. It said that 27 per cent of India’s 329 million hectares are classified as wasteland. This amount, as per the report, is enough for renewable goals deployment.

India has made the ambitious commitment to increase renewable energy production to 175 GW by 2022. Recently, at the UN Climate Action Summit in New York on September 23, 2019, Prime Minister Narendra Modi made a pledge to increase India’s renewable energy target to 450 GW to reduce India’s dependency on fossil fuel for energy and to combat climate change.

To achieve this target, one of the biggest obstacles is acquiring land for establishing infrastructure for renewable energy. Since proliferation of rooftop solar has been slow in India and solar development to date largely consists of ground-mounted solar, the aim of this study was to quantify the potential impacts to existing agricultural and natural lands from renewable energy development.

“Developing energy projects on lands already degraded by human activities rather than placing new infrastructure within natural habitats or areas of high agricultural production would reduce the cumulative impacts on land and minimize land use conflicts. The good news is that India’s already degraded lands have the potential to generate more than 10 times our 2022 renewable energy target,” the report read.

TechM to train additional 10K employees on automation this year