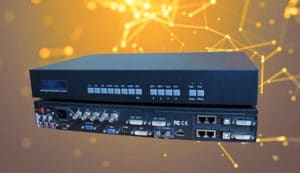 LED video processors can display content seamlessly and scale to any size or shape. They enhance the quality and appeal of video walls, keeping viewers engaged and entertained.

LED video processors are also known as picture processors, video controllers, image converters, independent video sources, etc. They play a crucial role in converting images from outside sources, such as computers, HD broadcast boxes, Blu-ray DVDs, etc, into an acceptable signal for an LED screen. LED video processors are exclusively designed for LED displays as they enhance the image quality. They are effective in changing the resolution, format, colour space and the image scaling of displays. The processors incorporate video image processing and high-definition signal processing technologies. They are capable of receiving and processing various video graphics signals and displaying them on full-colour LED screens at the same time. LED video processors are mainly used for large display applications, such as big stages and theatres, TV broadcast centres, meetings, conferences, exhibitions, etc.

The importance of LED video processors
LED video processors are specially designed for the LED display, and directly impact display walls. They are equipped with image processing and enhancement technologies that deliver clearer images and colours on large screen LED display systems. They play flawlessly on screens, eliminating any visible lines, gaps or mixed batch issues in the panels.

Without LED video processing, it is nearly impossible to manage all the signals and content in an organised way. LED display walls release significant noise that can distract audiences. This is mainly because of the compression noise of the video signal and the random sounds from the system itself. However, this noise can be suppressed or minimised if a superior quality video processor is used.

LED displays are known to be the most flexible display products among all flat panel display media. They are easy to use, and adaptable in modular designs and for splicing. LED displays have their flipside too. They tend to lose flexibility slightly, which impacts the display resolution. This can be addressed by the video processor that provides a zoom function. LED video processors ensure a clear image on screens, without the distraction of a bad screen resolution. Currently, LED transparent screen points are getting smaller, though the shape tends to be large, which results in the physical resolution of the LED transparent screen not being high. In such cases, LED video processors can increase the resolution of LED screens using their mosaic function/feature.

With LED video processing, the content on the screen can be made more visually impressive to draw the attention of the viewers. Video processors deliver the visuals in precise colours seamlessly with uniform brightness.

The main functions of LED video processors are:

Safety precautions
Electrostatic discharge (ESD) is known to be one of the common causes that damage electronic components. ESD can happen when handling the devices or hardware, and often occurs without users being aware of the damage or feeling the shock. Therefore, it is advised not to touch the processor port directly, which could harm the components. The high voltage in processors can potentially lead to massive hazards. The cover of the device should be opened only by professional technicians. Another important thing to check regularly is the leakage current of the device, which can easily burn the port chip and affect its normal functioning. If the device acts in a strange way by releasing unusual noise, smoke or unpleasant odours, the user should unplug the power cord from the receptacle, instantly. 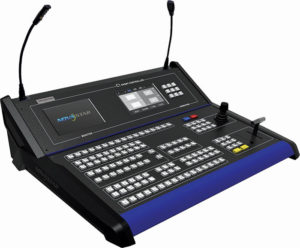 Users should never keep the device in damp areas, near radiators or metal objects, all of which can damage it. The processors should not be used in high temperatures. They should be used in a well-ventilated place, and the ventilation opening of the device should be monitored to ensure it’s never blocked. The device must be connected with a ground wire to safely release excess electrical charges.

Checklist for buyers
LED video processors are available with various capabilities and features, in a wide range of price points. It is important to check out certain aspects before purchasing the device. The following points may help in choosing the right device.

Current video processor models have considerably expanded the number of visual sources that can be displayed on a video wall simultaneously. Processors provide support for new standards such as display port, providing 4K signals at 60 frames per second. They also support IP capture, which allows a seamless display of digital video over the Internet. They are reliable for fast signal transmission while ensuring high bit rates.

According to a report by Fortune Business Insight, the global LED video wall market is projected to reach US$ 36.16 billion by 2026, exhibiting a CAGR of 10.9 per cent during the forecast period. This is likely to have a positive impact on the growth of the LED video processor market.