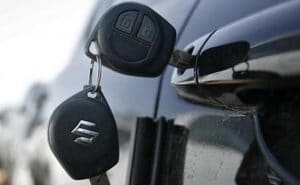 Japanese automaker Suzuki is finally foraying into the much-touted electric vehicles space, with plans to enter the EV space by 2025, beginning with India.

A Nikkei report said that the planned all-electric compact model would be made available for around 1.5 million yen (Rs 10 lakhs) after factoring in government subsidies.

The new EV will be released first in India, Suzuki’s stronghold where it has a market share of about 50 per cent, to be followed by launches in Japan and Europe.

“We have said that we will enter electric vehicles and powerful hybrid cars in India by 2025 “a spokesperson for Suzuki told the publication, adding that the company had not officially announced any price or whether it will launch EVs in India first.

EV sales have been slow in India with annual sales of 3 million units. The country, though, has a goal of making 30 per cent of new car sales electric by 2030.

In order to be able to price its EVs (and hybrids) aggressively, Maruti Suzuki is also building a Lithium-ion battery production plant in India with Denso and Toshiba.

Suzuki had also announced earlier this year that it will become one of four partners of Toyota to help develop a new range of electric vehicles based on a new concept it showcased at the Shanghai Auto Show, aiming to grab a hold onto the Indian EV market where the domestic automakers have engulfed a considerably large share.

It is speculated that the Wagon R EV, could be the firm’s first mass-market all-electric vehicle unless the automaker has different plans.