As part of the first phase, Blu-Smart will induct 70 electric cabs that will be available in Noida, Greater Noida, Guguram, Aerocity, Sonepat and more. 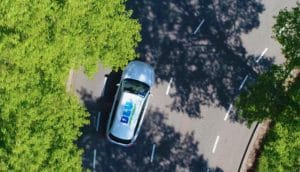 India’s first all-electric cab service ‘Blu-Smart’ has been launched in Delhi-NCR. Gensol Mobility, part of the Gensol group, is the company behind Blu-Smart and has inducted only electric vehicles in its fleet for the national capital region.

The service aims to provide a smart urban electric mobility option for consumers, according to the company. The new service comes as air pollution has been on alarming levels in Delhi. The central government has also been promoting electric vehicles for its employees and personnel, reported NDTV. The company will be using Mahindra e-Verito cars as its electric cabs in Delhi-NCR and has partnered with Mahindra & Mahindra for the same.

Speaking about the e-cabs, Gensol Mobility Promoter Anmol Singh Jaggi told media persons that they are not a competition to current app-based cab services, but a mere greener alternative to them.

Gensol Mobility says it has invested over ₹ 50 crore in capital expenses and is setting up a charging infrastructure of 65 stations across NCR, with each having up to 20 charging points. The company wants to ensure that there is a charging point in a 5 km radius of the EV. Moreover, Blu-Smart will also be surge-price free which will set it apart from the conventional app-based cab services currently on offer.

As part of the first phase, Blu-Smart will induct 70 electric cabs that will be available in Noida, Greater Noida, Guguram, Aerocity, Sonepat and more. The company plans to increase the fleet size to 400 cars by March 2019, with the monetary transaction to be cashless.

Blu-Smart is India’s first on-demand mobility platform that will be multi-modal, artificial intelligence based providing pollution free and convenient assured services, covering the entire value chain of smart mobility, smart charging and smart parking, according to the company.