The company aims to strengthen their foothold and look at acquiring 20% market share in the state. 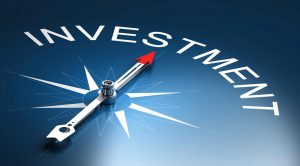 Of the three company-operated units in Punjab, Himachal Pradesh and Uttar Pradesh, the Greater Noida unit is the biggest plant for manufacturing consumer electronics. It currently has the capacity to manufacture 125,000 TV sets a month, reported Business Standard.

Since 2008, Videotex has invested nearly Rs 90 crore in the Greater Noida unit. The company has positioned Daiwa under the ‘Make in India’ initiative claiming its LED TV range is the country’s first to have the entire backend integration to manufacture TV sets.

Roadmap ahead
Daiwa CEO Arjun Bajaj told BS that the company owns an R&D facility in China, which has been in operation since 2008. He claimed that UP was the most prominent market for the Daiwa brand with a large potential to develop further. Talking about the roadmap for 2019, Bajaj informed that the company aims to strengthen their foothold and look at acquiring 20% market share in the state.