In December last year, Samsung had revealed that it would invest Rs 4,825 crore to relocate its mobile and IT display production unit from China to Uttar Pradesh 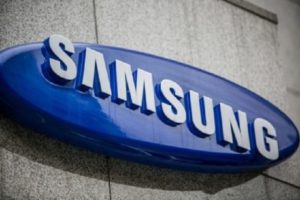 South Korean electronics major Samsung Electronics has announced that it has completed the construction of a display manufacturing unit in Uttar Pradesh’s Noida. The unit was shifted from China to the state.

In December last year, Samsung had revealed that it would invest Rs 4,825 crore to relocate its mobile and IT display production unit from China to Uttar Pradesh. This, according to the state government, is likely to generate 1,500 direct employment and scores of indirect jobs in the state.

The Yogi-led government had also announced that it approved special incentives for the manufacturing unit, which included a rebate in stamp duty from the UP govt and a subsidy in capital investment under the Central scheme.

A delegation of Samsung led by the company’s Southwest Asia President & CEO Ken Kang called upon Uttar Pradesh Chief Minister Yogi Adityanath. It said that owing to the better industrial environment and investor-friendly policies, Samsung decided to establish the Display Manufacturing Unit, which was located in China, in Noida, and the work of establishing it has been completed.

The delegation mentioned that the construction work displays the commitment towards India and to make Uttar Pradesh a manufacturing hub.

During the meeting with the delegation, the chief minister said that Samsung’s Noida factory is a classic example of the success of the ‘Make in India’ programme, and added that this will help the youth of the state to get employment in the state.

Adityanath assured the delegation that the state government will continue to extend help to the Samsung company in future as well.

The company already has a big mobile manufacturing unit in Noida, which was inaugurated by Prime Minister Narendra Modi in 2018.