NASSCOM has partnered with the Embassy of India in Tokyo to create a community of Japanese venture capitalists (VCs) who have interest in building Indian portfolio of innovative businesses. 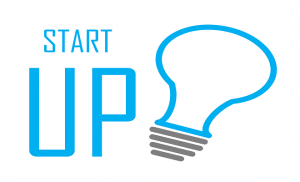 Good news for Indian tech startups looking to raise capital to fund their growth phase. The Japanese Venture Capital Network, a newly formed community of venture capital firms, is inviting applications from promising Indian tech startups to participate in a live pitching session in Tokyo, Japan. Participants can pitch their companies to raise funding from over 30 venture capitalists in Japan.

Interested startups can apply to join this session till June 5, 2019.

“If you think your startup is solving a problem which is widespread and has the potential to scale, this could be your opportunity to garner interest from Japanese business community,” NASSCOMM (National Association of Software and Services Companies) writes in an ad inviting applications from Indian entrepreneurs.

The IT industry body foresees these investments to be in pre-series and series A/B/C level where the company founders are looking to a sum of $1 million to $10 million.

The date for the live pitching session has not been fixed yet, but NASSCOMM says it will be decided soon.

Are you a #Tech #Startup looking to secure funding? #JapanVCNetwork is the perfect platform for you! Apply now and stand a chance to pitch to VCs in Japan: https://t.co/o6iY218NUy pic.twitter.com/PUCuIXaHyv

India continues to be the third largest startup ecosystem in the world with over 7500 companies. Last year, the country witnessed a dramatic increase in the number of unicorns and investments. According to NASSCOMM, the total number of Indian unicorns more than doubled in 2018, with eight startups joining the list, which is highest number in any year till date. Also, the Indian startup ecosystem attracted investment of around $4.2 billion in 2018 (Jan to Sep), recording 108 percent growth.

Meanwhile, there are also a large number of startups that are entering growth phase and want to raise capital to fund this phase. On the other hand, many companies and institutions from Japan have shown interest in taking part in enhancing this budding startup ecosystem by investing in it.

To help bridge this gap, NASSCOM has partnered with the Embassy of India in Tokyo, to create a community of Japanese venture capitalists (VCs) who have interest in building Indian portfolio of innovative businesses.

Currently, the Japanese Venture Capital Network, as the community is being called, comprises of over 30 VCs but NASSCOM plans to take it to 50 in due course.

These VCs want to invest in Indian tech startups, especially those which focus on solving issues facing the domestic market. A couple of these VCs have already visited NASSCOM office(s) and met with select startups in the last few weeks.

The industry body will arrange a live pitching session in Tokyo for selected startups with this network of VCs within a couple of months.

After internal screening process, applicants will be put to vote with the VC Network in Japan. Shortlisted startups will be invited to join the NASSCOMM startups delegation to Japan for the live pitching session.

Startups that are selected to be part of this delegation will need to pay a delegation fee and make their own logistics arrangements.