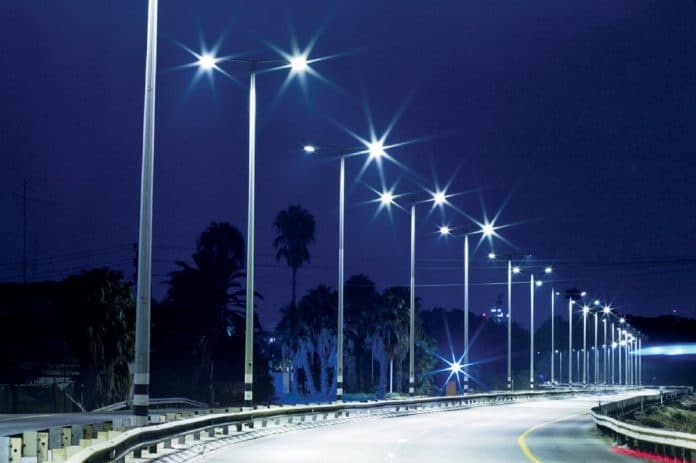 With energy savings of 50-70 per cent compared to standard streetlights, LED based street lighting systems are getting popular across India. The huge financial savings and the considerably lower carbon emissions make LED streetlights a compelling choice.

Street lighting is one of the main energy consuming segments on which public authorities spend a large amount of money. In many parts of India, the complete replacement of incandescent and CFL bulbs with LEDs is yet to happen. Concerted efforts are needed to do away with the outdated systems that consume excessive energy and produce a lot of heat. However, the situation is changing with growing awareness about the benefits of LEDs. Various ambitious LED programmes and schemes introduced by the Centre are accelerating the adoption of LEDs to achieve the target of replacing 35 million conventional streetlights with LED lights, and many cities are upgrading their public lighting systems to LED technology. But LED streetlights are yet to make major inroads into the remote and far flung areas of the country. In this article, we will analyse how converting to LED streetlights makes sense from an energy saving as well as an environmental perspective.

Benefits of LED based streetlights
Listed below are the key reasons for switching to LED streetlights.
Longer life span: LED streetlights can last for over 100,000 hours on an average, while the traditional bulbs work for a shorter time. LED lights do not contain filaments that can burn out or toxic chemicals like mercury that pose a challenge during disposal. Traditional bulbs are designed with high-pressure sodium and mercury vapour that contribute to environmental pollution. Since the lifetime of LEDs is long, they are ideal to use on streets where the frequent change of bulbs is inconvenient.

Energy efficiency: Various studies have shown that LED streetlights consume 80-85 per cent less power than conventional lighting sources. LED bulbs of a lower wattage can be used to deliver the same brightness as traditional tubelights of a much higher wattage. With more advances in technology, LED lights can control the unnecessary wastage of energy to a great extent.

Brightness levels: There is no warm up period in the case of LED streetlights, which reach their full brightness levels in a matter of seconds. They are perfect for any emergency situations. The glare effect is minimal, resulting in less eye fatigue for both pedestrians and drivers.

Safety for traffic: LED street lighting has a focused and directional beam, whereby light is directed onto specific places. LEDs ensure better visibility for drivers, riders and pedestrians. Unlike CFL bulbs, they do not emit a diffused glow which hampers night time driving.
Low maintenance costs: LED streetlights do not need extra investments for maintenance. They have a solid structure and long life span, and hence do not require replacement too often. Besides, they are not made of ballasts and filaments; as a result, they can resist varied weather fluctuations.

Environmental safety: LEDs do not produce ultraviolet light, making them environment-friendly. These lights do not contain lead or mercury, or emit any poisonous gases. They also result in less CO2 (which attracts insects) emissions.

IoT enabled LED streetlights
The management of streetlights is largely manual in India. The lights are operated on the ‘off/on’ mode, which results in electricity pilferage, energy wastage, inaccurate billing, etc. The loss of power is considerably higher in public street lighting as there is a lack of concern among people. Therefore, the aggressive adoption of IoT in street lighting systems is the ideal solution to deal with the huge losses of power and money.

IoT enabled LED street lighting systems effectively monitor and control the operations of the city’s streetlights even from remote locations, giving information on the patterns of energy consumption, areas that need maintenance, energy wastage, etc. The biggest advantage of IoT in streetlights is the automatic operation of switch points, based on light conditions. The light is switched ‘off’ when the day is bright and switched ‘on’ as evening falls, without any manual assistance. With advanced motion sensors, IoT enabled LEDs also send alerts about malfunctioning systems that need urgent attention and repair, thus streamlining operations. IoT enabled lighting systems ensure energy efficiency and safety, by harvesting data based insights into a city’s lighting from connected sensors and lighting nodes using cloud computing, machine learning, Big Data and semantic technology.

Buying tips
There are various factors to consider before purchasing LED based streetlights. The LED chip should not be of inferior quality as its efficiency drops quickly. Theoretically, chips have a limitless life span if there is a good power supply. As in the case of any outdoor product, the outer body of LED streetlights should be powder coated with a pure polyester paint, so that it remains immune to harsh weather conditions. Besides, it should have toughened glass with a minimum thickness of 4mm, a heavy aluminum body, IP65 waterproofing, as well as stainless steel screws and small parts. Also, it is important to check the lumens of the bulb, i.e., the brightness of a light. People often erroneously measure the brightness of an LED bulb by watts.

Another aspect to check out is the streetlight’s wattage and pole height. The latter should match the wattage rating of the streetlights. Last but not the least, one should never make the mistake of choosing a product based on low price rather than quality. In a short period of time, the body of a low quality streetlight gets rusted or broken due to bad weather, the protective glass breaks and the waterproof gasket malfunctions.

Government initiatives
On January 5, 2015, the Indian government launched an ambitious programme called the Street Light National Programme (SLNP) with an aim to replace 35 million conventional streetlights with energy efficient LED lights. The Energy Efficiency Services Limited (ESSL), a public energy services company under the administration of the Ministry of Power, government of India (GoI), is the implementing agency for SLNP. Recently, it has been reported that only about 2.1 million conventional streetlights have been replaced with LED lights across the country so far. This has resulted in annual energy savings of 295 million units and a reduction of 23 million tonnes of CO2 emissions annually. Rajasthan leads the states with the replacement of 704,000 conventional lights with LEDs, followed by Andhra Pradesh (586,000) and Delhi (264,000).

To facilitate the faster adoption of energy-efficient LED streetlights in every corner of India, more aggressive public awareness campaigns should be organised in every state, which talk about the advantages these lights deliver and their importance to the environment.

The latest in LED modules