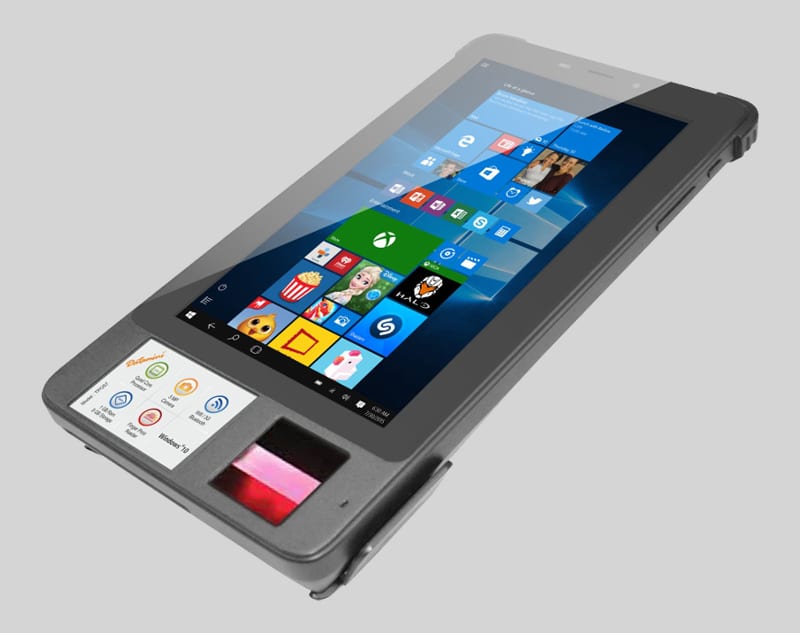 TPOS7 Janunnati Pad is a touch-enabled mobile device with integrated STQC-certified fingerprint scanner for retail management system. This fingerprint scanner enables Aadhaar authentication that can be used to implement the e-government initiatives like direct bank transfer (DBT) through the Aadhaar-linked savings bank account.

Launched by Datamini in coordination with Intel and MAIT, Janunnati Pad supports programs like ‘Digital India’ and ‘Make in India’. It can also be deployed in the ‘Pradhan Mantri Jan Dhan Yojana’ (PMJDY), to extend banking services to the rural and urban poor; make wage payments linked to Mahatma Gandhi National Rural Employment Guarantee Scheme (MGNREGS); deliver subsidised foodgrains to BPL families via the e-PDS (Public Distribution System); monitor public health services under the National Health Mission (NHM) and so on.

The device was unveiled by Amitabh Kant, CEO, Niti Aayog, government of India.

Anwar Shirpurwala, executive director, MAIT thanked Kant for gracing the launch of the event by his presence and then commented on the Intel-Datamini collaboration. Confirming the promotion the ideas to be addresses for the Indian masses, Shirpurwala said that the Janunnati Pad has been designed and developed in India in order to directly achieve the goals envisaged under the government’s ‘Make in India’ program.

Shirpurwala further said that the Indian ICT hardware industry status requires setting up of new facilities and utilisation of existing capacities to gain the interest provided under the ‘duty differential’ regime and that the current launch  was one step in that direction.

Debjani Ghosh, Vice President, Sales and Marketing Group & Managing Director, South Asia – Intel, and President, MAIT confirmed Intel’s position in supporting the Indian government and various other organisations through its technology products and platforms.  She further said that the launch of the Intel architecture-based Datamini Janunnati Pad is another step towards supporting the vision of Digital India, as it helps to expand the reach and deliver secure e-Governance services to end users.

Taking MAIT’s perspective into account, Ghosh elaborated that they see this collaboration as an opportunity to further build the culture of technological innovations in India, and an important milestone in realizing the goal of an integrated, end-to-end ESDM manufacturing ecosystem in the country.

Pitamber Ahuja, Managing Director, Datamini Technologies (India) Ltd. said that Datamini is confident about the value proposition of this product and aims to extend its benefits to other countries as well in the near future