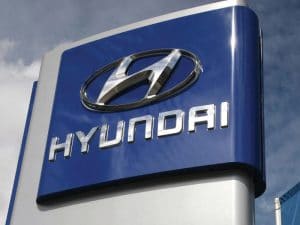 After Tesla, Hyundai Motors is the next company vying for import duty cuts saying that any duty rate cut by the government on imported electric vehicles would be very beneficial as it would help automakers generate much-needed volumes and reach some viable scale.

This comes as reports revealed that American electric vehicle pioneer Tesla has been lobbying to convince the Indian government to bring down the import duty on EVs. Elon Musk had said that the company may set up a manufacturing unit in India if it first succeeds with imported vehicles in the country.

Hyundai, which inaugurated its new corporate headquarters in Gurugram recently, supported the demand of Tesla.

The South Korean automaker noted that support from the government in terms of taxation and the creation of country-wide charging infrastructure were the two most critical factors to grow the EV segment in India.

“We have heard that Tesla is seeking some duty cuts on imports of CBUs. So, that would be very helpful for the OEMs to reach some economy of scale in this very price competitive segment,” Hyundai Motor India MD and CEO S S Kim told some reporters.

Till the time companies are able to localise EV components and other infrastructure, EV imports could help generate some market in the country, he added.

“It will take OEMs time to localise EVs by 100 per cent. We are developing Made in India affordable mass-market EV but at the same time if the government allows some reduction in the duty on imported CBUs that would be very helpful for all of us to create some market demand and reach some scale,” Kim noted.

At present, cars imported as completely built units (CBUs) attract customs duty ranging from 60 per cent to 100 per cent, depending on engine size and cost, insurance and freight (CIF) value less or above USD 40,000.

The company currently sells only Kona Electric SUV in the country. It is said to be working to locally develop its second EV model which would be on the affordable side.

There have also been reports flying around of the Centre mulling to bring down duties on Tesla’s models, however, nothing concrete has come to light yet.

Moreover, domestic players have been vehemently against the idea, arguing that the government should rather focus on aiding the growth of indigenous EV players, many of which are consistently growing their base in the country and abroad.

Tesla And Neoen Team Up To Build A Lithium-Ion...