The automaker will also be investing part of the allotted amount on building two additional U.S. battery plants and move ahead with some of its EV investments 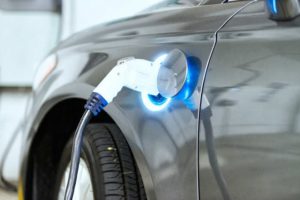 With the discussion towards adopting green mobility picking up pace across the globe, several automakers are shifting focus towards electrifying their fleet and US-based General Motors Co (GM) is next on the list.

As per a report, GM will boost global spending on electric and autonomous vehicles to $35 billion through 2025. This is a 30 per cent jump over its most recent forecast, a Reuters report said citing people briefed on the matter.

According to the people, the automaker will also be investing part of the allotted amount on building two additional U.S. battery plants and move ahead some of its EV investments.

GM is already in the process of building a battery plant in Ohio with LG Energy Solutions, its South Korean partner. The JV partners have also announced a second, $2.3 billion battery plant to be built in Tennessee.

It was earlier reported that the company is planning to announce two new US battery plants. As per Reuters, although GM has confirmed the news, its sources have said that the company has not decided where in the United States to build the plants, which are each expected to cost more than $2 billion.

GM had previously confirmed it would speed up the rollout of new EVs, with plans to offer 30 models globally by 2025, up from a prior target of 20 by 2023.

GM Chief Executive Mary Barra said the automaker wants to exceed annual sales of 1 million EVs in the United States and China by 2025.

Notably, this new increase in investment by GM comes after rival automaker Ford disclosed its plans to up spending on EVs by more than a third to over $30 billion by 2030.