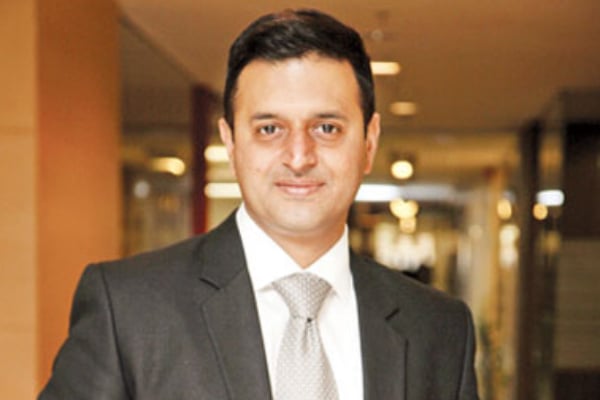 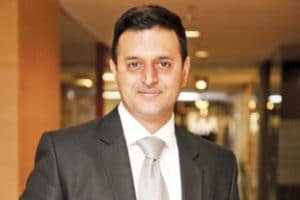 The EFY Group organised a webinar at the launch of the Earth’s First Drone World. The event had the Drone Federation of India as their knowledge partners. Being held on the India Technology platform, the first Keynote speech was delivered by Shri Amber Dubey, Joint Secretary Ministry Of Aviation, who spoke about the effectiveness of Drone Technology in India.

Mr Dubey also discussed the opportunities emerging in the current scenario of COVID 19, and the relevance for skilled and trained workforce in this sector. It was an interactive session where he also gave the government’s perspective in this particular sector and also spoke about the collaboration between Start-ups, Industry and Government to build a larger ecosystem.

With an increase in autonomous technologies, drones have become extremely deployable across several industries. In today’s scenario concerning the national lockdown and social distancing due to the coronavirus outbreak, unmanned aerial vehicles have become a necessity more than a luxury.

Despite these devices being present for a long time, they have been majorly used for military purposes. But as now with new innovations, one can see their implementation for several purposes. The rising demand for drones in the market has driven some of the great innovators to come up with a wide array of innovative drone solutions.

The target drones market can be classified on the basis of end-use sector, end use, application, mode of operation, payload capacity, build, target type, engine type, speed, type, and region.  Based on their usage they have also been classified into aerial targets, marine targets, and ground targets. The aerial targets segment has the potential to lead during the forecast period.

The defence sector is expected to lead and grow at a high CAGR during the forecast period from 2020 to 2025. This segment is further classified into military and homeland security in the target drones market. Target drones are being used by military agencies across the globe, owing to the benefits they offer to armed forces.

Q. Where would Drones see the maximum usage ?

Q. Several AI ML cases are being built for drones and other consumer electronic devices. Enabling use cases such as agriculture, required city surveillance and enormous testing facilities. Is the government planning to enable smaller places to pilot or field testing. Would there be any testing centres for drones ?

Q. Innovation would not be possible without technological advancements. Can you share a road map in terms of technologies that are used for Drones from here, till the very near future for long term use as well ?

Q. Can teams doing R&D on drones in India without a registered business apply for DISHA support ?

Q. There seems to be a need for each drone to connect to a central controller system as per guidelines. What’s the road map for release of those ?

Q. What could be expected in terms of drones being manufactured in India from A to Z ? Can that be a big business opportunity as well as an innovation opportunity for the country, engineers as well as everybody involved in the business including the government ?

Meanwhile, the other big aspect of drones is the risk to safety, security and privacy. These are the three big focus factors whenever there’s a need for approval or simplifications of any places or regulations.

Mr Dubey commented, “Just like any other aircraft, or any other flying object we have to be very mindful of three things – People, Buildings and Vehicles.  With all the weather, technology issues and humans there’s always a multitude of factors which play every time an object hits the sky.”

As shared earlier, the fund that the Ministry is trying to build is the DISHA fund.  The four broad areas included in the same are Infra, Security, Healthcare and Agriculture.

These are the perpetual business for the drone industry. Drones can also be used for resaving issues concerning court cases over land especially in rural India.

Infra itself has multiple potential within itself namely security, and requirement for surveillance and many of the youth are doing amazing work with the Indian Army and other renowned agencies in the borders.  Similar for internal security, law and order during Covid and for surveillance, warning people or capturing pictures of troublemakers.

IIT Kanpur and IISC Bangalore are doing great work. Many professors namely AK Ghosh are doing pioneering work. AK Ghosh himself has created 8-10 very top names in incubated startups. Some of the startups have also been acquired by very large companies.

“There’s Professor Bhardwaj as well in IISC. They have also received some fundings recently. These Universities are planning to create test beds by charging a very minimal fee, and the youth are welcomed to go there to test their products and get feedback instantly,” noted MR Dubey.

He added, “We started with a little bit of a set back, but then innovation is perpetual. It all depends on who comes with the technologies and the innovations with the problems of today, no matter how late our country has risen up. There are so many support schemes as well from the state as well as the central government for agriculture and also from the DST ( Department of Science and Tech ).”

Roadmap for a central controlling system

The ministry is working on something called the Digital Sky Platform. Just like all aircraft, the moment it enters into Indian Air Space they get tracked on to a central system, with the help of the air navigation system, or Air Traffic controllers.

So anything which flies in the Indian Air Space has to be tracked not just from a national interest but also interest for the equipment itself. The air space is no different from the ground level. And on the air space issue, there’s the other issue of privacy and national security.

The Digital Sky System is already a work in progress. Second October would be the launch of the first phase. Already the Beta version has been in process.  The fight permission right now is restricted only to the green areas, which are determined by our security agencies. The green areas cover 40 per cent of the Indian land mass. One must require a Unique Identity to log in and apply for a flight polygon to make their devices fly.

Mr Dubey also added, “Even though we were a little late to realise the importance of Drones, India already has a big opportunity. Currently we are dependent on the neighbouring country which has a disproportionate share of the global market in hardware even the most basic part of the drone, the battery motors and propellers are not being made up. A lot of pioneering work is taking place in the institutions and the research centres shared earlier. Globalisation is good only if it’s balanced.

Both the academia and the industry as well as the government regulators are completely supporting the drone sector.

He also mentioned an important point to be privacy, because as one knows drones are nothing but eyes, ears and limbs in the sky. All three can do a lot of good things and can also do a lot of damage. “That’s why there’s a balancing act that we do at the Ministry Of Aviation and the Security of Agencies wherein we look forward to promoting the greater good with our cutting edge of technology, our young entrepreneurs, etc.”

The webinar was concluded by an interactive question and answer session, where Mr Dubey once again summarised the relevance of the DISHA fund and its application in the four broad areas of Infrastructure, Security, Healthcare and Agriculture.