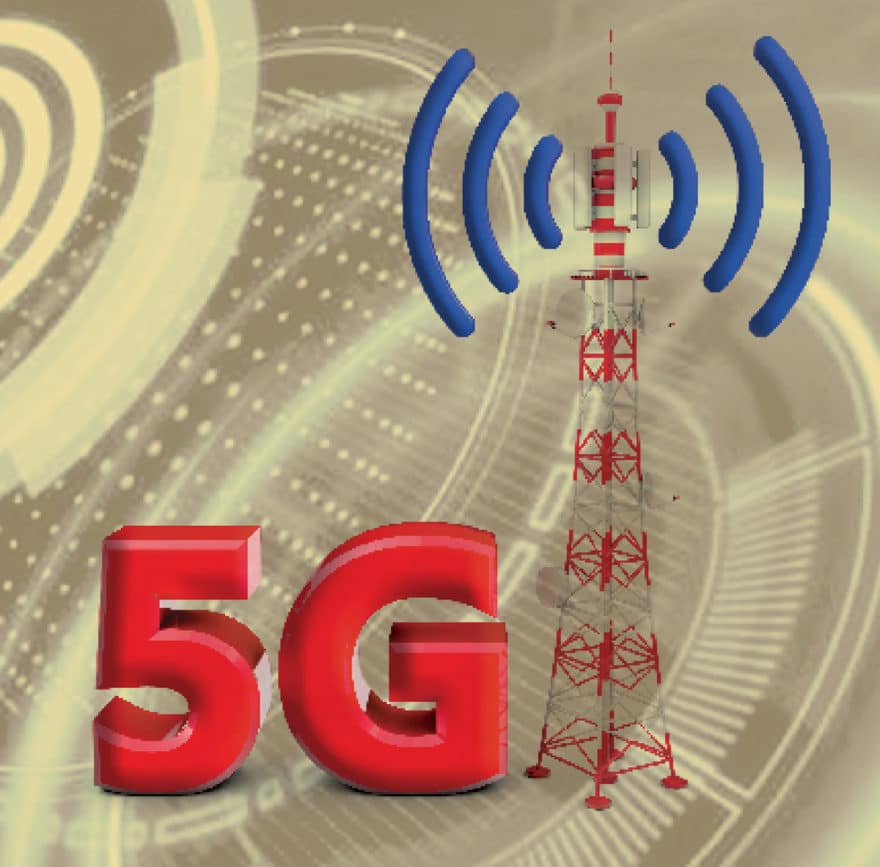 India is currently poised at the cusp between 4G and 5G technologies. As global players await the domestic spectrum auction and ready themselves to roll out their offerings in the world’s fastest-growing telecom market, we look at what one key player, Ericsson, has to offer.

Over the past few years, there has been a buzz of anticipation in India around 5G. Globally, the Swedish telecommunications firm Ericsson has been one of the key players to roll out this technology. Its key competitors, Huawei and Nokia are also in the race, in partnership with other international telecom operators. There is widespread speculation, though, that Huawei being banned in the US market could benefit its key competitors.

According to sources at Ericsson, the technology is ready for roll-out, but India is yet to allocate 5G spectrum to operators even for 5G trials. Experts claim that the operators’ huge debts and the overall cash crunch is also delaying 5G spectrum auctions, but the situation is expected to change for the better, soon.

A month back, Huawei had announced that it was fully confident of being able to roll out 5G across the Indian market within 20 days, once the firm is given permission by the concerned authorities. In an interview with a leading newspaper, Huawei India CEO, Jay Chen, said, “We are committed to the India market and will be happy to work with service providers and enterprises to bring out 5G faster, safer and smarter to this market.”
He also stated during this interview that India’s rapid pace of digitisation is being driven by the government’s commitment towards digitising key aspects of the economy.

‘Barcelona Unboxed’ in Gurugram
Amidst many speculations, controversies and in a fiercely competitive field of players, Ericsson unveiled its latest technologies for 5G at the world’s biggest mobile trade show, MWC 2019, in Barcelona. These technologies are expected to benefit both users and operators on a massive scale.

During the show, Ericsson also demonstrated its innovations in use cases covering IoT and 5G, including Ericsson Spectrum Sharing, Intelligent Managed Services and Communication on Smart Devices. The ‘Made for India’ radio solutions by Ericsson such as Massive MIMO, and indoor solutions comprising small cells and micro cells were also displayed during ‘Barcelona Unboxed’.

“From contributing towards 5G standards to product development as well as 5G commercialisation, Ericsson is leading the way across the world. Ericsson now has 18 publicly announced 5G deals with customer names, globally, and we have already shipped 3 million 5G hardware ready radios till now.”

Ericsson has released a unique 5G platform that the company claims allows telecom operators to transform their networks from 4G to 5G in a dynamic and unique way. According to Ericsson sources, this 5G platform will assist network operators to craft performance with accuracy, maximise automation in operations and leverage AI to manage intricate operations. It will supposedly also monetise current use cases as well as help to build new ones, across mobile broadband, fixed wireless access and IoT.

“Our unique 5G platform will offer a seamless network to the operator, which in turn would offer state-of-art network connections to consumers,” adds Bansal.

The innovative 5G technologies showcased at Barcelona Unboxed include the following.

Ericsson Radio Stripes
This is a visionary concept for which Ericsson has done a total rethink on how antennas and base stations are designed. This revolutionary new mobile network design is super-distributed. It has the potential to deliver better quality, as well as easier deployment in a nearly invisible form factor, enabling truly ubiquitous high capacity radio, everywhere. In technical terms, this is a truly ubiquitous massive MIMO system. It is expected to be an ideal deployment solution for challenging outdoor as well as indoor areas such as dense city squares, malls, offices, stadiums, train stations, factories and warehouses. It is a base station that is distributed on flexible, translucent tape – and can be deployed in tailor-made sizes with just the snip of a pair of scissors.

Communicating on smart devices
For real-time communication for both personal and business reasons, service providers can now offer their mobile voice services, via their VoLTE enabled network, to consumers on a palette of new devices such as smart watches, smart speakers, smart TVs, smart mirrors and much more.

Ericsson Spectrum Sharing
Ericsson Spectrum Sharing is a key network function that will allow the smooth introduction of 5G on existing 4G frequencies in a service provider’s network, securing the best possible use of their spectrum assets and installed base. With a simple software installation, operators will be able to activate 5G on their existing Ericsson Radio System infrastructure (radios and RAN Compute equipment), that the company started delivering in 2015.

The future of ‘mixed reality’
The Barcelona Unboxed event showcased a live augmented reality visualisation of the digital twin of an actual city, including animated weather, transportation, and so on. The miniature city highlighted several future buildings within the existing cityscape, and visitors could zoom to street-level at certain locations for a 360° mixed reality experience of the real city.
This will be made possible through ultra-realistic and large-scale mixed reality, which is enabled by an emerging multi-industry ecosystem around 5G, edge computing, autonomous vehicles, advanced visual computing (AI) and mobile devices.

Ubiquitous 5G transport
5G will introduce a number of new transport interfaces with a diverse set of capacity and latency requirements, and new capabilities as networking slicing will come into play and additional complexity is foreseen. 5G needs 5G transport and the event demonstrated Ericsson’s end-to-end 5G transport offerings including MINI-LINK, Router 6000 and Fronthaul 6000 products complemented with Juniper’s edge/core routers. It demonstrated all new capabilities as part of the new transport launch. It explained network slicing from the transport point of view, microwave capacities over 20Gbps, and how faster time-to-market can be supported with 5G services.

Network slicing architecture
Digital transformation, fuelled by the power of mobility, the cloud, and broadband, is taking place across all industries, starting with 4G/LTE networks. Network slicing is a technology that allows multiple logical networks to be created on the top of a common shared physical infrastructure. The key benefits include: greater elasticity, robustness, secure and stable operations through the compartmentalisation of the network, applied end-to-end. Capturing more of the 5G and IoT business potential requires network slicing.

The Ericsson Operations Engine
This engine uses AI and automation to dynamically allocate resources, ensuring consistent quality across the network. It uses a data-driven approach to provide coverage, performance, and reliability for customers, relying on service KPIs rather than network KPIs – so that service providers can better analyse, understand, and optimise the network to deliver a superior customer experience.

The alliance with Airtel
“Research carried out by Ericsson Consumer Lab in India indicates that consumers are waiting for 5G, and one in three smartphone users in India will change either immediately or within six months to a service provider that switches on 5G,” states Bansal.

Ericsson also demonstrated its just launched Ericsson Operations Engine at the event. Ericsson and Bharti Airtel had announced their collaboration in the first quarter of this year for building intelligent and predictive network operations. Leveraging its developments in artificial intelligence (AI) and automation, Ericsson will support Airtel to proactively address network complexity and improve the user experience.

The way ahead
Enhanced mobile broadband will be the first commercial application of 5G. In the near future, 5G will provide capacity to handle growing data traffic, as well as present opportunities for operators to grow their top-line and improve their consumer business. As networks evolve and technologies like Massive MIMO and 5G New Radio are introduced, cost per gigabyte will decrease. This cost efficiency will grow in step with the continued capacity improvements in 4G. An Ericsson study reveals that the evolution to 5G can enable 10 times lower cost per gigabyte than current 4G networks.