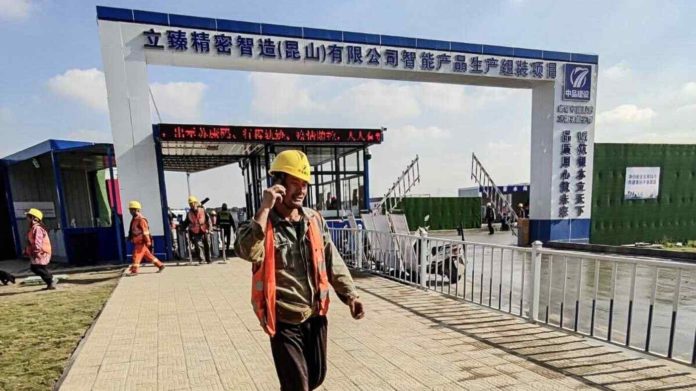 China has factories which offer living facilities to as many as 200,000 and even more individuals

The government of India, in a bid to attract more electronic manufacturers to the country, is planning to introduce changes to the existing labour laws and IT Hardware Production Linked Incentive (PLI) scheme. The moves will be targeted towards ramping up domestic electronics manufacturing in India to $300 billion by 2025-26. The focus is also on setting up manufacturing units that would employ 40,000 to 100,000 individuals.

“I discussed the issue of setting up manufacturing units, with a footprint of over 40,000 and up till 1 lakh, with the labour minister (Bhupendra Yadav),” Ashwini Vaishnaw, communications & IT minister told reporters.

Resolving issues realted to labour laws, regulatory clauses, housing and industrial zones were some of the topics that were a part of this discussion. The minister also gave an example of how such a large work cannot travel to work location every day. He pointed out that laws supporting campus housing is currently not permitted by any law. It is worth mentioning here that China has factories which offer living facilities to as many as 200,000 and even more individuals.

“The labour minister feels this is a highly doable thing and doesn’t require any major change in the legal framework or in rules,” the minister commented. He added that the labour minister has given him assurance about the amendment to the laws.

The government, as per an Economic Times report, is also considering to make changes in the IT hardware PLI scheme. These changes might be introduced within the next three months. The IT hardware PLI scheme currently extends incentives between 4 per cent and 1 percent on net incremental sales (over base year i.e. 2019-20) of goods manufactured in India and covered under the target segment, to eligible companies, for a period of four years.

MeitY, from the very first PLI scheme that was introduced in India in 2020, has been clear that it is looking to encourage global champions to set shop in the country and, at the same time, is also looking to create global champions from India. The PLI for IT hardware manufacturing, following suit, is looking to reward both international as well as national companies.