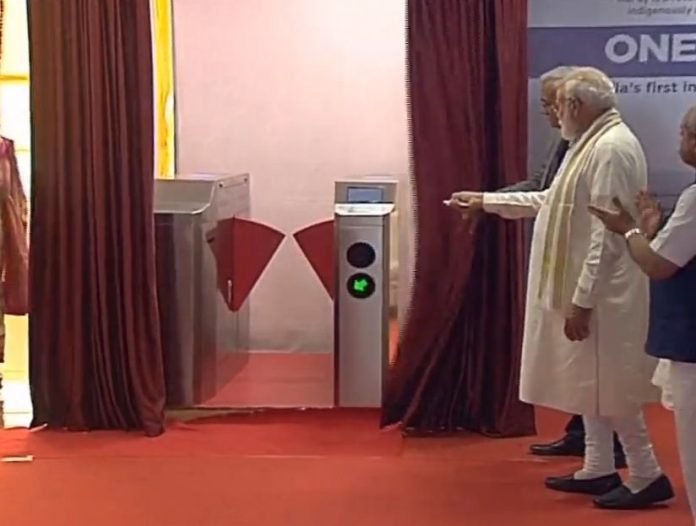 SWAGAT is compliant with the National Common Mobility Card (NCMC) ecosystem for hassle-free commute across India. It is in keeping with the spirit of Make in India, Digital India and Skill India.

Prime Minister Narendra Modi unveiled an automatic fare collection gating system SWAGAT, jointly developed by BEL and CDAC, aimed to transform the lives of commuters. The system was launched on the sidelines of inaugural of phase I of Ahmedabad Metro.

SWAGAT is an initiative steered by the Ministry of Housing and Urban Affairs (MoHUA) in collaboration with BEL and Centre for Development of Advanced Computing (CDAC) with the support of Delhi Metro Rail Corporation (DMRC), National Payment Corporation of India (NPCI) and State Bank of India (SBI).

For a smooth communication
SWAGAT is compliant with the National Common Mobility Card (NCMC) ecosystem for hassle-free commute across India. It is in keeping with the spirit of Make in India, Digital India and Skill India.

The fare collection system is the first indigenous system and the first ever outside the developed world. It can operate across all cities and all modes of transport to make ‘One Nation – One Card’ a reality. It has also received EMVCo certification by FIME Lab, France.