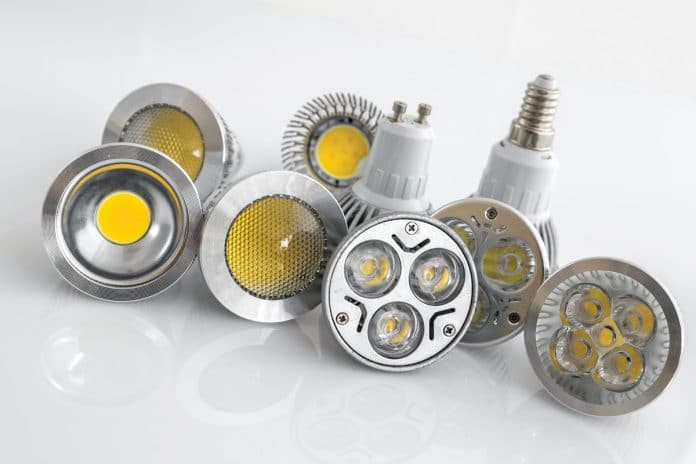 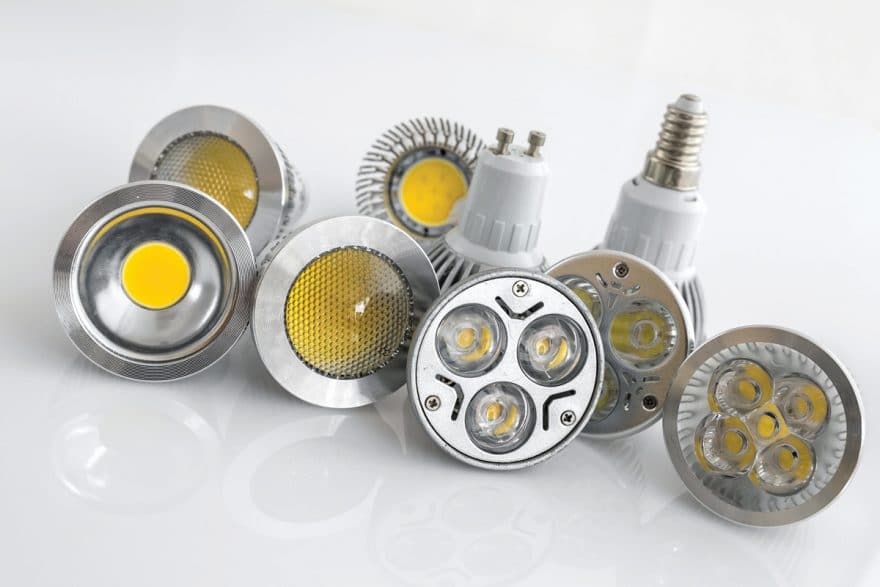 Rapid advances in the electronic components domain are expected to boost the growth of the LED industry in India. These developments have helped to expand LED functionality. Yet the future of this industry depends on further improvements, investments in infrastructure and continuous R&D to increase production capacity and affordability.

LED lighting has evolved over the years as innovative new components are used for wider application. It almost seems like for every lighting need, there is now an LED solution. The LEDs’ energy-saving properties, as well as their ability to change colour and temperature, have led to a better lighting experience with smart lighting solutions, healthy lighting options and the capabilities to illuminate small spaces.

Key LED components
The various components that make up LEDs and the technology used in making these components are key to better product designs, which will result in the increased application of LEDs. Let us take a close look at these components.

1. Epoxy lenses: While protecting the LED semiconductor from outside elements, epoxy lenses are designed to allow light to escape in a way that the view angle can be focused or controlled. There are no loose or moving parts within the solid epoxy enclosure. Some guiding factors are the shape of the lens and reflector cup, the size and distance of the lens from the LED, etc. A wider viewing angle is achieved by positioning the LED closer to the nose of the lens. There are four main types of epoxy lenses that are commonly used.

2. Wire bond: This is an interconnection between the anode (positive) and cathode (negative).

3. Reflective cavity: It brightens the light of the LED by focusing it onto a single point.

4. Anvil and post: These are the two leads in the LED used to supply input voltage and are connected with the chip or semiconductor die by a wire bond. Used for heat sinking, the anvil is smaller, is the negative lead and has a cavity to hold the die. The bigger and positive lead is known as the post.

5. Semiconductor die: The rectangular shaped die is the most expensive component due to the high-precision manufacturing and handling processes involved. Semiconductor materials like gallium arsenide (GaAs), gallium phosphide (GaP), or gallium arsenide phosphide (GaAsP) are crystallised from the gaseous state, by the process of metal-organic chemical vapour deposition. The functional circuit is fabricated from two semiconductor materials called N type and P type and an active region called the P-N junction, which is between them. When current is passed through the LED, free electrons from the N layer move to the P layer in the P-N junction. Gold wires are welded on the negative and positive terminals.

The latest technology in LED components
Most lighting designers dream of concealing the luminaire so that the user notices only the light and not its source. Towards achieving this goal, let’s now move on to a discussion on material technologies used in LED manufacturing.

1. Materials: The latest trend in LED lighting is towards smaller, thinner, more integrated systems that provide optimised performance but are practically invisible. Various compounds, such as silicon, sapphire, polycarbonate and gallium nitride are being experimented with but no single one has emerged as a leader. The same can be said of the many materials in an LED fixture, from the optics to the LEDs themselves. Some of the latest materials that the industry uses are:

2. Manufacturing process: LED products are assembled either manually or using automated methods. In the case of hand assembly, skilled technicians carefully place individual LED components onto circuit boards using specialised tooling, making it a long and tedious process that results in a low production rate. In automated assembly lines, surface mount technology (SMT) equipment is used to quickly and efficiently place multiple LED components on the circuit board, all at one time, increasing the production rate and decreasing labour costs.

Benefits of innovative technology
The benefits of LED lighting are a result of the technology that goes into making the LED components. Some important aspects are:

LED light colour and colour temperature: Most LED fixtures produce white colour light, which is classified into several categories based on warmth or coolness, or based on colour temperature—warm, neutral, pure, day and cool white—ranging from 2700 Kelvins to 7500 Kelvins.

As the colour temperature rises, light becomes whiter until it reaches the day white colour, which is similar to natural light (daytime light from the sun). LEDs do not produce white light but this effect is achieved by mixing red, green and blue. Colour mixing involves combining different light wavelengths of two or more diodes, and it is possible to achieve any of the seven colours that are found in the visible light spectrum (the rainbow colours), which produce a white colour when they are all combined.

Energy efficiency: LEDs are energy efficient because they convert nearly all of the input power (95 per cent) into light energy. Additionally, they do not emit infrared radiation or invisible light. This is managed by mixing the colour wavelengths of the diodes in each fixture to achieve only the white colour wavelength.

Luminous flux: The light produced by LEDs is measured in luminous flux, which is defined as the amount of energy emitted by a light source in all directions. The reason for changing the basis of measuring LEDs from wattage to brightness is because LEDs are low power devices. It makes more sense to determine brightness using the luminous output instead of the power output. Different LED fixtures have different luminous efficacy (the ability to convert electrical current into light output). Therefore, fixtures that consume the same amount of power might have a different luminous output.

LEDs and heat: LED fixtures are cool to touch because only a small portion of energy is converted to heat energy when current is passed through them. Also, LED fixtures come with heat-sinks, which prevent overheating.

The life of LED fixtures: Many LED light fixtures can last between 50,000 and 70,000 hours, which is about five times longer than incandescent and fluorescent fixtures. In the case of the latter two, electrical filaments burn out after a short period and the glass casing (used to house the plasma or gas) is susceptible to damage. LEDs do not burn out unless the diodes get overheated. The luminous flux of an LED fixture degrades gradually when it reaches 70 per cent of the original luminous output (referred as L70). This can be noticed by the human eye and further degradation makes continued usage of the fixture impractical.

Future predictions
India’s LED market is forecast to reach US$ 1.46 billion by 2019 at a CAGR of 35.9 per cent over the period of 2014-19. Future growth lies in technological improvements and investments in infrastructure to increase productivity and affordability. To encourage broader adoption, industry standards must be developed to cover LED components, modules and systems. Quick and advanced testing should be performed to better understand the performance and degradation of LEDs to help the manufacturers improve on system designs.
As LED manufacturers focus on the quality of light output, they need to work on the right balance between colour rendering, efficacy and systems optimisation. New applications are expected to be developed based on the performance and design characteristics as opposed to making LEDs fit into existing fixtures and applications. Components need to be designed such that there is a further reduction in energy consumption, and better colour consistency for various lighting solutions.