“$100 bn investment in 5 years is probably an underestimation” : Aruna Sundararajan Taking broadband to all is the focus of the draft national telecom policy and the industry is also quite optimistic about the changes that the policy is about the bring in. To strengthen this further, today the Confederation of Indian Industry (CII) have released the Broadband Report 2018 namely “Broadband 2022 – Fast tracking India’s economic growth by $1 trillion”. 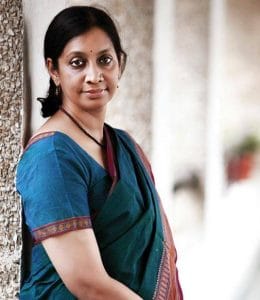 On this occasion telecom secretary Aruna Sundararajan said that the broadband report is almost an exact echo of what the government has already articulated as its vision. “The National Telecom Policy which is being renamed as the National Digital Communication Policy is in itself a very significant shift because what the policy seeks to address is not the enabler of traditional telecom infrastructure but trying to articulate a framework which is reoriented in terms of a much larger and influential digital infrastructure”.

The policy itself comes in the backdrop of some very major changes that the Indian economy is undergoing because as the national vision it has been articulated that India must now move on to the next higher level of 8% sustained growth in the years to come. In the recent months the government has been looking at policy drivers that can actually accelerate and propel India to a higher growth path.

Sundararajan further said that a national workshop on the National Digital Communication Policy in scheduled on 15th May where the government is going to talk to all the states and help them bring on board the new policy. “One of the target of this workshop will be to arrive at a target whereby the states and centre will ensure that fiber is driven into the ground and that towers are set up on a collaborative basis. TAIPA along with the government has already aimed at setting up a common infrastructure”, informed Sundararajan.

She unveiled the broad contours of the next telecom policy, which will aim to attract investments worth $100 billion by 2020 in the digital communications sector, create 4 million jobs and enhance the sector’s contribution to 8% of India’s GDP from about 6% in 2017, while adhering to the principles of net neutrality.

In her remarks to the media on the ambitious investment of $100 billion, the minister said, “China has consistently spent 70 billion dollars on telecom infrastructure every year. We are aiming $100 billion in 5 years. In my view this investment is probably an underestimation. If we really want to create next generation infrastructure, India must create a framework so that we can have significant investments coming into this sector”.

Urging media fraternities to spread the message she said, “I would like to appeal to the industry that industry has not done its bit in terms of innovations. There is significant capabilities and strength in the software sector that is still unexplored. Therefore, time is here and so we must leverage our own capabilities”.

Albemarle To Double Lithium Output Due To Boost In EV Demand:...