Denmark has declared that it will fully convert to electric vehicles by 2025. While in China, sales of EVs have grown three-fold over the last year! In India, the government has declared that the country will have only electric vehicles on the roads by 2030. But to meet this goal, the country’s Li-ion battery manufacturing capabilities need to be ramped up. Let’s take a quick look at which companies in the country are geared up for the job.

The electric vehicle segment has become an important one, in the light of concerns about air pollution and climate change. According to a report by US based news site CleanTechnica, 60 per cent of the cars sold in Norway last year were either hybrid cars or electric. The Indian government, too, has launched several initiatives and schemes to boost this segment. The country has failed to manufacture its own solar PV panels, so it is crucial that we do not miss out on the opportunity to manufacture lithium-ion batteries locally. The government is now offering special manufacturing zones with the latest equipment, cheap power, connectivity and schemes like Make in India, to draw investments into this particular segment.

A year back, a number of renowned battery makers such as Exide, Exicom, Greenfuel Energy Solutions, Trontek, Coslight India, Napino Auto & Electronics, Amara Raja Batteries, Trinity Energy Systems and Versatile Auto Components had expressed their intention to manufacture batteries for electric vehicles within the country. It is obvious that if the country does not have big battery clusters, achieving India’s ambitious plans to transition to EVs will not be possible.

If one looks at the overall challenges in EV manufacturing, producing Li-ion batteries is the biggest hurdle. Therefore, if the government gives incentives for domestic manufacture, the final price of the EV will drop. According to a report by Firstpost, Li-ion battery costs can be reduced by up to 80 per cent if there are larger volumes of production. It is estimated that India needs a minimum of 10GWh of cells by 2022, which would increase to about 50GWh by 2025.

Union Heavy Industry Minister Anant Geete recently told PTI that the government was trying to establish a battery manufacturing facility along with Bharat Heavy Electricals Limited (BHEL), while Maruti Suzuki is mulling a much larger investment on lithium-ion battery production in the country, according to a report in the Business Standard. Since manufacturing Li-on batteries is extremely crucial in India, let us look at some of the top car battery makers that have decided to manufacture this key product.

Exide
Exide is one of the leading and most renowned auto battery makers in India. It earned revenues of ₹ 91.86 billion in the FY 2018-19 with a net income of ₹ 6.68 billion. A year back, the company announced a joint venture with France based Leclanché to build lithium-ion batteries, and provide energy storage systems for India’s electric vehicle market and grid based applications.

As part of the JV, Leclanché will provide access to its know-how and intellectual property for Li-ion cells, modules and battery management systems, and Exide Industries will leverage its extensive sales network and brand. As a result of this unique partnership, Exide is ideally positioned to be a leading provider of storage solutions for electric vehicles and energy storage applications in India.

The JV’s production plant will be based in Gujarat. Exide Industries, which is committed to setting up large-scale manufacturing of lithium-ion batteries, will be the majority shareholder and Leclanché will be the strategic minority shareholder of the JV. A module and battery pack assembly line is expected to be operational soon, and a lithium-ion cell production plant is expected to be in operation by mid-2020. In the intervening period, cells will be sourced from Leclanché’s plant in Willstätt, Germany.

The JV will focus on e-transport, stationary energy storage systems and specialty storage markets. In e-transport, the target segment is fleet vehicles including e-buses, e-two wheelers and e-rickshaws.

Amara Raja (Amaron)
This Hyderabad based global battery manufacturer has earned a total income of ₹ 68.40 billion for the FY 2018-19 according to the Economic Times, with a sales turnover of
₹ 67.93 billion until March 2019. The company is known for its automotive battery brand Amaron, considered to be the second largest selling in India after Exide. In collaboration with Johnson Controls Inc., USA, the firm is the largest manufacturer of standby valve regulated lead acid (VRLA) batteries in the Indian Ocean Rim region. The firm offers an extensive range of powerful zero-maintenance batteries. Its fully integrated cutting-edge manufacturing facility is situated in Tirupati in Andhra Pradesh, India.

The company is now planning to make the sophisticated lithium-ion batteries. 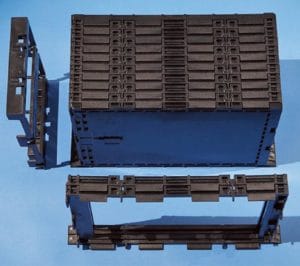 Luminous
This company is also one of the leading providers of batteries and other home electrical appliances such as inverters, stabilisers, UPS systems, wires, switches and LED lighting. It has seven manufacturing units, more than 28 sales offices in India and a presence in over 36 countries. Its 6000 employees serve more than 60,000 channel partners. According to a report in the Financial Express, the company plans to double its turnover in the next five years with its entry into new markets and product portfolios.

Luminous’ power storage products, which are available at over 40,000 outlets, contribute 90 per cent of the company’s sales, and the remaining 10 per cent comes from home electrical appliances, which include fans, switches and electric cables, according to PTI.

Managing director Vipul Sabharwal told PTI, “We believe that over a period of time, we should be able to deliver double digit growth from power storage, with a combination of solar and home electrical brands.” Like its competitors, Luminous is also planning to foray into the manufacture of Li-ion batteries, which is the future of electric mobility in India. In 2017, the company reported a turnover of ₹ 26 billion. Sabharwal added, “In the next four to five years, our turnover will be around ₹ 50 billion, with the growth coming from domestic and international markets. We are scouting for new markets and are looking at greater penetration in existing markets.”

Tesla
The California based global firm is one of the largest automotive energy companies on the planet, and also specialises in manufacturing sophisticated Li-ion batteries. It is looking to commence operations at its US$ 4 billion battery storage plant in India, which will also specialise in electricity grids and consumer electronics, apart from making batteries for electric vehicles. As of FY 2018-19, the company had recorded global revenues of US$ 214.6 billion.

Under the ‘Make in India’ scheme, India is now all set to finalise Tesla’s plan of setting up the battery manufacturing plant in the nation. The firm now intends to make EVs popular all across the globe. A senior Tesla official told Mint, “We are moving ahead with the plan and a Union Cabinet note for the same has been floated. Why should India import battery storage units when we have the largest market here?”

To make India’s lithium-ion battery manufacturing plans successful, the government is expected to provide ample incentives to manufacturers such as concession based financing schemes with 3 per cent foreign exchange protection on loans overseas and a 3 per cent interest subvention on loans granted in rupees. 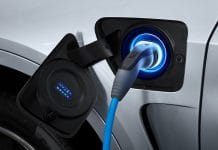 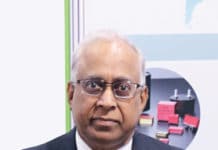 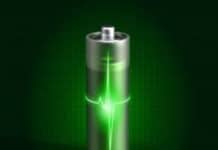 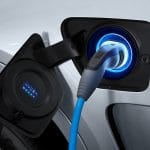 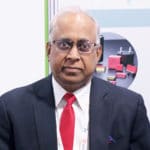 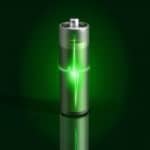