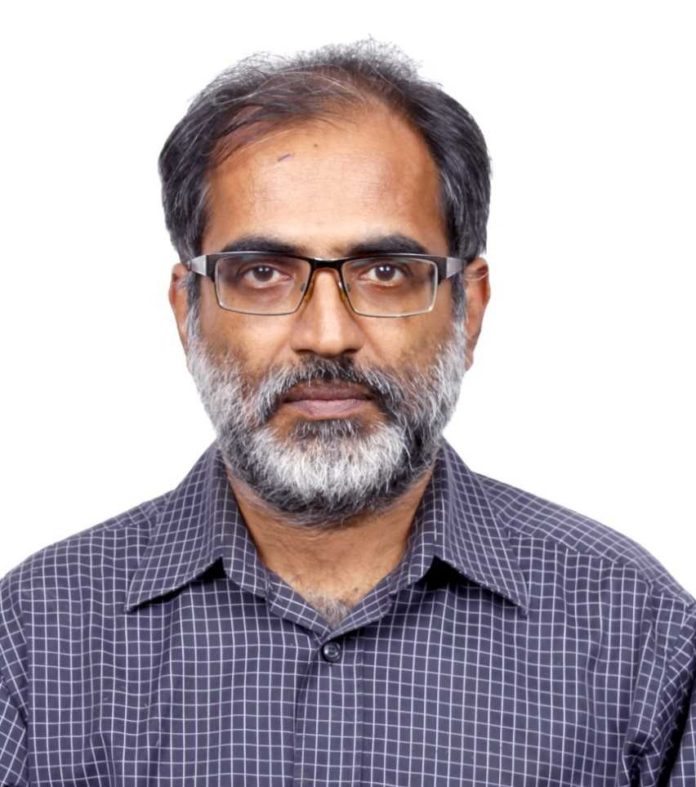 In October 2018, India saw the launch of the first indigenously-built chip, SHAKTI, which can change the game for the Indian consumer and industrial electronics landscape. Baishakhi Dutta of the Electronicsforu.com Network caught up with G S Madhusudan, senior project advisor of IIT Madras, to talk about their design strategies for the SHAKTI microprocessor and how it can serve the electronics community at large. Excerpt follows…

Q. Can you tell about the technology used in making the SHAKTI processor and the application area of the same?
The SHAKTI program was started not just as a research program, but also to develop production-ready processor cores. Our products are competitive with equivalent processors in the market and in fact better in some areas like security and functional safety.

For example, SHAKTI processor will be competitive with equivalent ARM cores – it might be better in some respects and may lag in one or two areas. We will know better once SHAKTI reaches wider adoption. We are happy with what we have achieved so far but we still have ways to go!

The program focuses on areas like supercomputers, neuromorphic computing and security techniques. We use the production SHAKTI platform as a base to do research on publicly available platforms. This enables a seamless translation of research into products and also allows easier collaboration with other researchers.

The goal is to develop six families of processors, which can go in door locks, smartcards and supercomputers. For that entire range, you cannot have a single design. In SHAKTI, E-class is the lowest, then comes C-class (for low-end mobile phones, industrial controllers), I-class,  S-class (for servers), H-class (for supercomputers), F-class or functional safety processors  (for aerospace/auto/medical applications) and finally T-class (for high security applications).

Q. How do you ensure that the chips are at par with international standards?
For evaluating a chip, there are basically three broad parameters: performance, power consumption and size. The instruction set (also known as the DNA of the chip) is an international standard called RISC – V. The RISC-V consortium, of which IIT-M is a founding member, is comprised of experts from around the world and has designed the RISC-V ISA to be an extensible ISA platform for building next-generation processors.

Q. What certifications and quality assurance testing has the chip gone through to ensure maximum usage?
The SHAKTI team uses an open source based test methodology and a comprehensive set of test suites. These are on par with standard industry practices. We are also working on formal verification techniques.  After the chip is fabricated, the foundry or the entity that manufactures the chip also does chip-level qualification testing. After that, we re-run our standard tests as well as some application tests to check for correctness, stability and performance.

Q. For how long your team has worked on this project?
Processor research at IIT-M has been going on for a long time but the SHAKTI program started around 2012.

Q. Are these chips ready for the emerging technologies like 5G, machine learning (ML) or artificial intelligence (AI)?
IIT-M develops the basic cores and proves them on test chips. The startups then take these cores and build ASICs for applications like 5G, ML and AI.

Q. In terms of price, how competitive is Shakti as compared to the chip made by traditional manufacturers?
In terms of development and IP cost, it is cheaper. Ultimately the cost of the chip is tied more or less to the size of the chip. In that respect, SHAKTI cores are very optimal and competitive with contemporary cores.

Q. How open source is playing a role in chip manufacturing currently and what has made IIT Madras adopt RISC- V?
The computer science department of IIT Madras has been an advocate of open source and open standards for quite a long time. The decision to help co-found the RISC-V consortium proves it. The open source chip movement is just starting and how it will change the world remains to be seen.

The open source chip movement is just starting. How it will change the world remains to be seen

Q. What do you think, RISC-V is more beneficial from a chip designer’s perspective or from a customer’s perspective?
RISC-V has advantages which are beneficial to both (chip designer and customer). For the designer, it allows easy design exploration and thus allowing an optimal design to be reached quicker. For the customer, it offers a choice of vendors, since a number of vendors will provide royalty free RISC-V designs.

For example a bright college kid having an idea can simply go to the SHAKTI website, take the Verilog code, compile it, test it, make any required changes and within 2-3 weeks create a new design.

Q. What kind of application areas is the RISC-V platform best suited for in designing chips?

Pretty much any kind of design can be built with RISC-V since it is a general purpose ISA.

Q. How does a student visiting the SHAKTI website with an idea contribute to the growth of SHAKTI?
Increased student use of SHAKTI will increase its adoption and also ensure availability of RISC-V trained engineers. This will help strengthen the CPU design ecosystem in India. We will soon be launching low-cost FPGA kits to help students experiment with SHAKTI.

Q. By when can we expect this kit to come out? Any tentative timeline?
The kits are already available. It is the software around the kit that we are creating and we plan to launch it in between July and September.

Q. Since you have made the technology open to the public for modification, how do you monetise out of this? How is the business model running currently?
One of the world’s largest defence electronics company, Thales, is evaluating the SHAKTI processors for aerospace applications. And they have given a fairly large grant to IIT Madras to accelerate the development of our technology. A lot of other entities have started providing funds to IIT Madras and are looking forward to collaborating with us to figure out how to use SHAKTI in their products.

As far as startups are concerned, they will provide commercial services on top of SHAKTI or provide enhancement to SHAKTI.