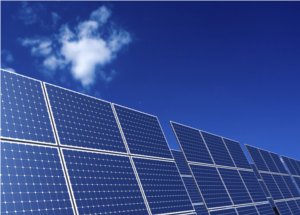 May 19, 2015: Technology has made its way into every aspect of the solar value chain. A ‘smart’ inverter, as we may call it, is a high-tech product in this value chain that offers efficient flow of energy and can be monitored remotely

As of January 2015, 3GW of capacity was installed while nearly 3.2GW is in the process of being commissioned. Given these numbers, India offers huge business opportunities across the entire solar energy value chain, from manufacturing to generation. In this article, we will focus on the inverters that are used at solar installations.

“The market for inverters for solar installations is quite upbeat, following the government’s decision to boost solar power generation in the country. Policy action has been supported by corporate backing. The new government has secured pledges from a number of companies to set up renewable energy capacity of 266GW over the next five years,” says Anurag Garg, VP, solar BU, Schneider Electric India.

Inverters for solar systems are in great demand given the growing number of solar power installations and continuous growth in projects, ranging from large turnkey plants to rooftop installations. The developers, including engineering, procurement and construction (EPC) companies, are looking for inverter manufacturers that can offer the latest technology and robust designs, which will enable them to operate in different conditions.

Remote monitoring and other new features

“With the technology being upgraded over time, solar power inverters have become smarter and offer a number of features that make them more efficient,” shares Garg.

Schneider Electric India recently launched two products—Conext CL and Conext XW+—in the grid-tied space, while it has introduced Conext SW for off-grid operations. Conext CL is a new line of three-phase string inverters, while the Conext XW+ is the next-generation version of the Conext XW hybrid inverter.

Conext SW comes with advanced features like flexibility in design, better energy harvesting, higher efficiencies even at low loads, grid interactive capabilities and multiple source management. This ensures that the systems can be customised to the requirements of the client. These offerings come with the remote monitoring facility to ensure better post-installation monitoring along with servicing, whenever required.

The Indian power industry offers both grid-tied and off-grid inverters. Though, according to R. Sivarajan, R&D head, Su-kam Power Systems Ltd, “India does not have stable grids yet, so the off-grid solar inverters are more suitable than grid-tied inverters. The latter currently have limited use in India as they require both solar energy as well as grid power. Off-line solar inverter models are ideal when either the grid or the solar energy source is unavailable.”

Su-kam has a range of both grid-tied and offline inverters. The company’s off-grid inverters are called solar power conditioning units (SPCU). The SPCUs can transfer the electricity by getting charged from solar energy or the grid, whichever is available, depending on how much the battery can take. This ensures that the load will not go off.

Moreover, the SPCU range from Su-kam comes with the remote monitoring facility. This makes it easier for EPC companies to regulate or monitor the inverters when placed at solar installations at different locations. This can be done through a Windows desktop application.

When planning to buy an inverter for solar installations, it is important to understand the size of the installation, which can be classified into one of the following three categories—home-based, mid-sized (including small businesses) and industrial, which includes large installations.

Buyers should also be well aware about how effective the solar power and the grid are in the location they plan to install the inverters, and then make a choice between grid-tied and off-grid inverters. While grid-tied models are effective when there is a stable solar energy source and good grid power, off-grid variants are more effective in regions where grid power is not available or is not stable.

The third thing that is very important is the after sales service offered for the product, which needs to be quick and efficient.

Servicing the customer: For products that are a long term investment and have more than a decade of life, after sales services are as crucial as the technology. A consumer making a large investment expects on-time, hassle-free and effective after sales support. Su-kam, with its strong network of trained personnel spread across the country, is readily available to address customer calls.

Schneider, too, has a dedicated service setup. “To achieve the best-in-class after sales support, we train our service engineers and, in some cases, our partners are also trained to provide quality support to our customers. This has helped the company in sustaining its business in the competitive solar industry,” says Garg.

The players in the solar inverter segment are upbeat about the Indian solar market, which covers not just large grid installations but also smaller rooftop and individual setups.

According to Garg, “After major penetration in the large solar utility and power plants markets, the company’s strategy for the coming years will be focused on solar installations in the upcoming smart cities. The smart city initiatives being undertaken by the government are likely to entail significant investments in installing renewable energy capacity.”

He adds that the primary hurdle in accelerating rooftop installations is a lack of awareness in Tier II and Tier III cities, which interestingly, have large solar energy potential. These cities are mostly dependent on diesel for their power supply.

Su-kam, too, has a strong focus on rooftop installations. These are growing at a fast pace because consumers know of the benefits of solar power in the long run, particularly with the subsidies being offered by the government.

In the future, the growing market for inverters will be driven by two key factors—constant technology upgradation as well as efficient after sales support, as prices are already dropping with demand on the rise.

Factors that will determine future developments in the solar inverter space

Key points to keep in mind

- Advertisement -
Previous articleSolar Special: Harnessing the sun in the north
Next articleI always want my workplace to be one in which I can see the smiling faces of my colleagues: V.P. Mahendru