Mirc Electronics Limited, the flagship company of the Onida Group, has been manufacturing various consumer electronic products for over three decades. The Electronics Bazaar team had the privilege to take a closer look at the firm’s production facility. We share with our readers some of the highlights of our visit…

Mirc Electronics uses moulding machines of international standards from the USA and Japan. The company has set up its LED television manufacturing facility with the help of the Japanese electronics major, JVC. Let’s take a closer look at the plant and the machinery used.

A focus on quality
Mirc Electronics is committed to manufacturing and delivering defect-free products to its customers by continually upgrading its services, process capabilities and product range. It aims to achieve true customer satisfaction. The organisation believes that complying with requirements continuously improves the effectiveness of the quality management system.

A strong reliance on testing
The company’s manufacturing facility is equipped with testing labs which, according to Vijay Mansukhani, MD, Mirc Electronics, play a vital role in ensuring the quality of the products being manufactured. The facility has the following labs.

Core manufacturing practices
So what made Mirc Electronics stand out in the race? Mirc is focused on the continual improvement of skills through various on-the-job training endeavours. The company employs a diverse workforce and cross-functional teams are formed for various projects. From time to time, the training needs of the workforce are analysed and, accordingly, training modules are planned and delivered.

Mansukhani says that in order to keep up with the firm’s decades-old reputation, Mirc has adopted some best practices at the manufacturing plant, which have helped it remain in the race even in the face of immense competition. These practices include:

Green initiatives undertaken
The manufacturing plant is located over an area of 65 acres at Wada in Maharashtra, of which 50 per cent has been allocated for green initiatives. Some of the measures undertaken are the installation of solar panels (560kW), compost generation from canteen waste, a STP (sewage treatment plant) for water recycling and a greenhouse for plantations. 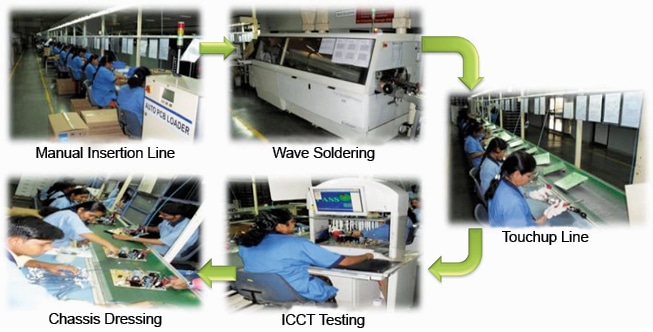 The journey so far
Mirc Electronics was set up in 1981. Back then, the late PM Indira Gandhi had announced that Doordarshan would telecast the ninth Asian Games, to be held in New Delhi in 1982, in colour. The time was right for the manufacture and assembly of colour televisions in the country. Right from when he was studying for his engineering degree, Mansukhani had been looking for just such an opportunity. He gave up his career as a marine engineer and took a leap of faith to set up the company.

Mansukhani says, “In the initial days, we did not know too much about getting bank credit. Therefore, we had to get some private finance. Gradually, the IPO happened and turned out to be successful. The second big challenge for us was advertising. Nobody would take on our advertising, since we did not have a budget for it. In fact, I didn’t even know the real game of budgeting back then. Finally, a new company called Advertising Avenues agreed to design the advertising campaign for Mirc Electronics, without a budget.

“The agency designed the brand’s logo, the iconic devil. Then came our tagline, ‘Neighbour’s envy, owner’s pride’. And the whole world just accepted that we were actually the neighbour’s envy and owner’s pride! The game changed and we started climbing the ladder of success, never looking back,” adds Mansukhani.

Take on ‘Make In India’
The recent increase in the customs duty as a part of promoting Make in India has made Mirc Electronics enter into manufacturing LED television panels domestically. The firm has started this at the newly set up panel manufacturing facility at the existing plant located in Wada, near Mumbai, for captive consumption.

Besides panels, the company has also started manufacturing televisions for a leading conglomerate in India, and has currently applied for BIS certification for three more leading international players that are entering the Indian consumer durables market. “Mirc Electronics is expecting 10 per cent of its revenues from non-captive manufacturing of televisions during the current year and, in the next year, revenues from such manufacturing will be very substantial,” says Mansukhani. 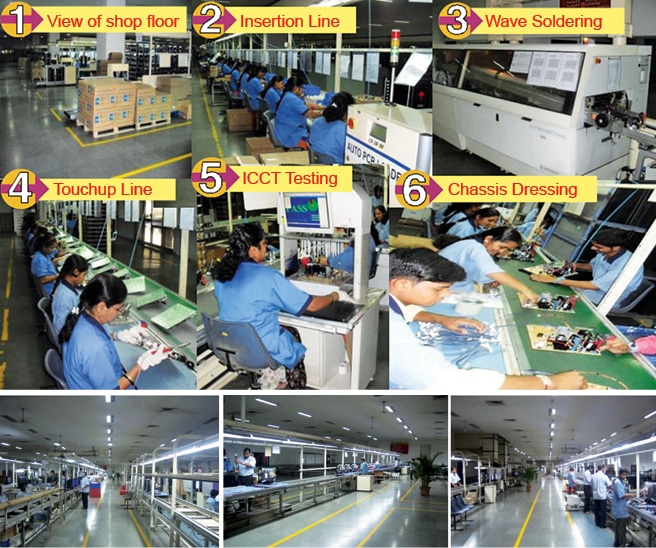 Growth plans
Despite industry growth being sluggish in the last year, Mirc Electronics has started manufacturing for some of the leading brands in the country.

Overall Mirc Electronics is expecting a turnover of ₹ 500 million in FY19 and ₹ 1.5 billion in FY 20. According to Mansukhani, new and advanced product launches of both air conditioners and washing machines are going to contribute to revenues significantly in the coming quarters.