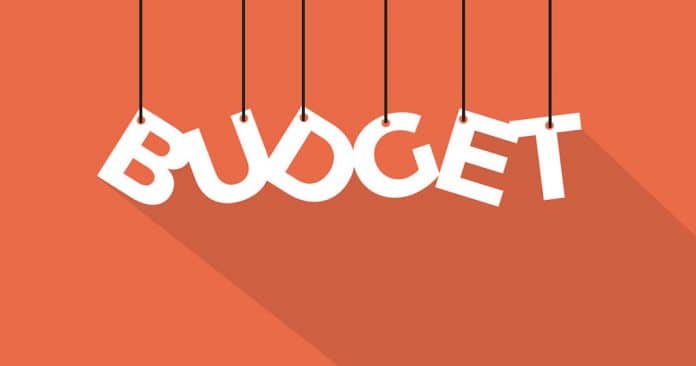 Overall, ESDM industry has shared positive thoughts about the interim budget. However, startups and solar sector are not so impressed.

The Indian electronics industry had pinned its hopes on the interim budget 2019-20, expecting positive announcements. Stand-in Finance Minister Piyush Goyal’s budget announcement did not disappoint them as it ushered in waves of optimism for the Indian electronics and technology industry. The startup and solar ecosystem, however, are not so impressed by the budget 2019. 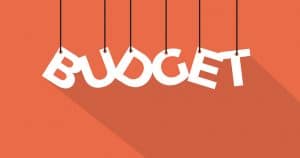 As Finance Minister Piyush Goyal presented the interim union budget 2019-2020 on the 1st day of February, the announcement was greeted with continuous thumping of desks in the Lok Sabha. The aim of this budget structure was to allocate resources to uplift the lower and lower middle economic strata. It also brought some promises for businesses in India.

This year’s interim budget was a balanced call, one that the Finance Minister had to take to keep up with the political compulsions as well as the welfare of the country’s economy, ahead of the election time. The budget this year is viewed by many to be a “populous talk but a prudent walk”. Finance Minister started off this year’s budget hailing that India is back on track by getting rid of policy paralysis, followed by self praising and veiled attacks at earlier regime.

Common Services Centre (CSC), an initiative of the Ministry of Electronics & IT (MeitY), are the access points for delivery of various electronic services to villages in India. Rajesh Ram Mishra, President at India Electronics and Semiconductor Association (IESA), commented on this note, “This  interim budget by Finance Minister is progressive and inclusive. It focuses on leveraging new technologies to build countrywide digital infrastructure, skill building, driving growth of MSME segment.”

Sanjay Motwani, vice president, Raritan-Asia Pacific expressed his views saying, “We welcome the budget announcement of creating 1 lakh digital villages in next 5 years which will further increase the usage of data exponentially. As announced, data consumption has already grown 50 times in last 5 years and has made data centers critical for seamless data experience.”

Intelligent technologies on the roll
The Finance Minister announced that the government will soon launch a National Artificial Intelligence Portal. Appreciating the move, tech companies said the focus on leveraging digital technologies along with digital villages initiative will collaterally boost rural manufacturing and create jobs.

Anil Chaudhry, zone president and managing director of Schneider Electric India, said that the government’s decision to set up national centre on Artificial Intelligence will allow sectors across the economy to draw benefits from this new age technology, boost manufacturing, trim production losses and usher in efficiency. Dr. Subho Ray, president, IAMAI said that the announcement of national artificial intelligence portal is expected to propel India on the path of leveraging advanced and disruptive technologies for growth and economic prosperity.

“It’s great to see the government sending out a clear signal by launching national artificial intelligence portal. Artificial intelligence is here to stay and will play a significant role in the future of the country. What’s more heartening is the fact that the government is willing to invest in AI in major sectors – education, healthcare, transportation, infra and agricultural in the country,” said Tarun Bhalla, CEO & Founder, Avishkaar.

Similar view was shared by Takayuki Inaba, MD, NEC Technologies India Pvt Ltd, who believes that AI has been one of the biggest technological advancements in the recent past. Inaba thinks that the government’s vision of developing a national programme on AI will set the implementation process in motion and help people and government immensely.

Udaya Bhaskar Rao Abburu, CEO and Managing Director of iRam Technologie, states that the announcement to build a Digital India that reaches every citizen by creating innumerable startups and jobs will give a major impetus to the smart city initiative. “This is a welcome step for IoT enabled companies like iRAM,” said Abburu.

Renewable and green energy on the go
Finance Minister, during the budget reading session, said India’s installed solar generation capacity has grown over 10 times in the last five years and so has the usage of green technologies, including e-vehicles. “Our commitment to promote renewable energy is reflected in setting up the International Solar Alliance. This sector is now creating lakhs of new age jobs,” the Minister said in the Lok Sabha.

“India will lead the world in transport revolution through electric vehicles and energy storage devices bringing down import dependence and ensuring energy security for our country,” said Goyal. An optimistic Goyal further added that when people will start using electric vehicles, it will save foreign currency and the nation would become self reliant.

Good news for MSMEs
The rolled out interim budget brought up many things in favour of the MSME sector in India, simultaneously with individual citizen benefits. The income tax redemption limit for individual taxpayers is raised from Rs. 2.5 lakh to Rs. 5 lakh, requiring individuals with an annual income of upto Rs. 5 lakh to no longer pay tax. This, in turn, will help the MSMEs to reduce certain areas of expense annually. The exemption under capital gain tax is also raised to Rs. 2 crore.  Earlier as well, the Modi government had taken several steps to strengthen the MSME sector in India, including a scheme under which MSMEs were being offered business loans of up to Rs. 1 crore.

Rajesh Ram Mishra, President, IESA opines that the tax relief for people with income less than Rs 5 lakh and interest rate subvention of 2 per cent will help startups and MSMEs in ESDM sector as it will relieve the pressure on working capital.

ELCINA shares similar notion too. Rajoo Goel, Secretary General of ELCINA, appreciated the support provided to MSMEs and small traders with interest cost  subsidies on incremental loan of up to Rs. 1 crore and also a demand push with preference to sourcing at least 25 per cent of their requirement by government undertakings. “There are procedural simplification benefits under GST by reducing compliance requirement to quarterly filing of returns,” said an optimistic Goel.

Some disappointments remain
While the announcement of a national programme on artificial intelligence is a welcome move, the budget did not have any new incentives to strengthen the startup ecosystem. It was disappointing to see that the sector did not receive any relief such as a 10-year tax holiday for angel investors. While there were no specific measures to boost employment generation, it announced that the allocation for the national rural employment guarantee scheme would go up to Rs 60,000 crore.

The year 2018 was rough for India’s renewable energy sector, especially solar. The need for clarity on GST rates delayed many projects. The imposition of safeguard duty in the middle of the year led to many legal battles and increased the cost of solar projects. Cancellation of many auctions by state agencies also hampered the confidence of project developers in the government. Amid such uncertain times, the industry was waiting for the NDA-government’s last budget before the Lok Sabha polls, anticipating some big bang announcements for the sector.

What’s next?
While sharing the electronics industry’s expectation from the union budget, ELCINA hopes and recommends introduction of specific policy and tax measures for protecting the domestic electronics manufacturers in the upcoming regular union budget as well as promoting investments in high value-added manufacturing such as components, PCBs, LEDs, ATMP of semiconductors and EMS operations. ELCINA also hopes phased manufacturing programmes will be announced for additional electronic products.

While sharing his thoughts on what more can be expected, Dhananjay Sharma, COO, SenRa Tech, said that some incentives to OEMs should be granted to strengthen the Make in India and Digital India initiatives. Sharma is hopeful that it will happen over the course of time.

While some are hopeful that the budget will usher in good for the electronics industry, many viewed it as a please-all budget and the Finance Minister as a stopgap. Vijay Kumar Gupta, CEO, LEDchip Indus Pvt Ltd, is of the opinion that the budget tried to leave some extra money in the hands of every citizen of India which will eventually lead to the increase of the money coming back into the economy and thereby stimulate demand across many sectors.

Keeping all views in mind, we believe the government did well to balance the populist tone of the budget by signalling its commitment to stick to fiscal discipline. Overall, it was a budget that tried to address various stakeholder groups in the run up to the elections, without unveiling any big idea.

“Not Just Partnering To Partner, We’re Interested In People Doing Something...