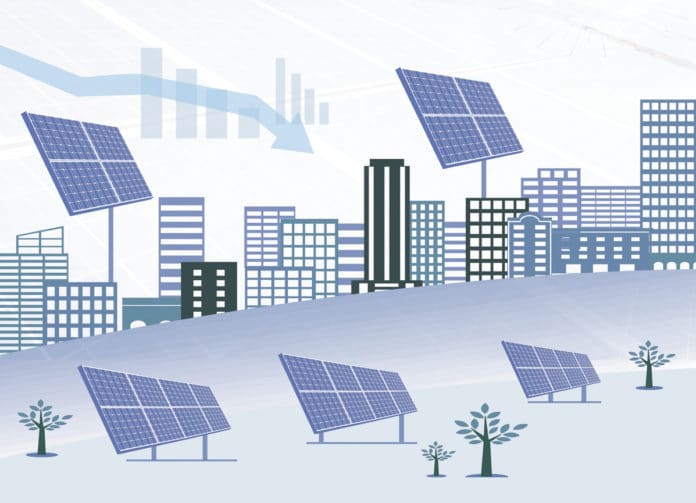 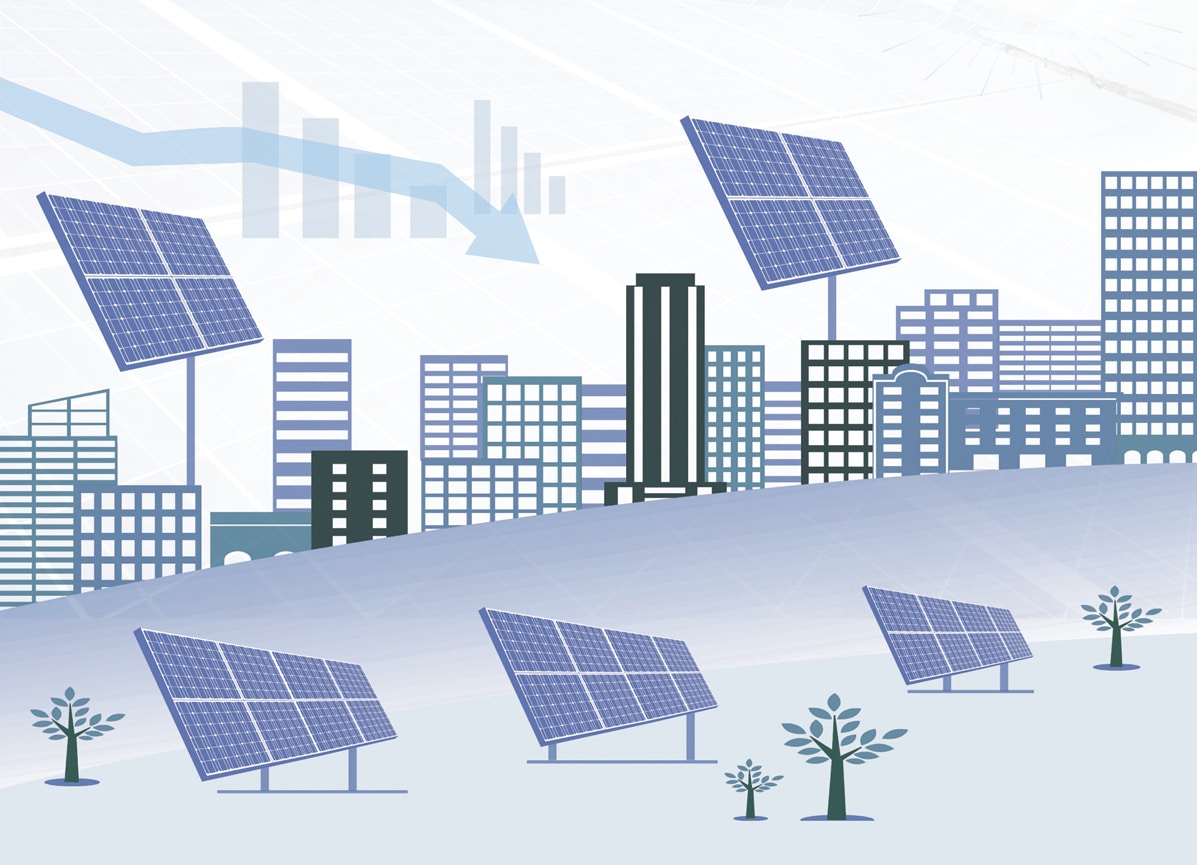 The year 2018 was not a particularly good one for the Indian solar sector, with respect to growth. That sluggishness has continued into the first part of 2019 due to the general elections as well as challenges like the implementation of the Goods & Services tax (GST), the safeguard duty, compliance with BIS standards, sudden changes in the solar park development policy, below-par participation and cancellation of tenders, non-implementation of much heralded schemes like SRISTI (Sustainable Rooftop Installation for Solar Transfiguration of India) and KUSUM (Kisan Urja Suraksha evam Utthaan Mahabhiyan), etc. However, the industry can ensure long-term sustainable growth if it adopts certain emerging business models and innovative technologies like floating solar power projects, even while addressing challenges like PV waste management.

Market scenario
In 2018, the growth of the Indian solar industry was slightly weaker in comparison to the previous years. According to a Bridge To India (BTI) report, total installed utility-scale solar and rooftop solar capacity in the country reached 24.20GW and 3.85GW respectively, by the end of December 2018.

The Indian rooftop solar market has grown rapidly at a CAGR of 88 per cent in the last five years. Capacity addition till September 2018 was estimated at 1.54GW with a total installed capacity of 3.40GW. The market growth varies highly across different consumer segments due to differences in grid tariffs, regulatory compulsions and availability of financing.

Commercial and industrial consumers dominate the market with a 70 per cent (2.38GW) share of the total installed capacity. These consumers pay higher-than-average grid tariffs and stand to gain the most, financially, by installing rooftop solar systems. Falling costs mean that monetary savings can be as high as 20-60 per cent across India. Carbon emission reduction is also an important driver for many commercial and industrial consumers.

Policy outlook
Considering the general elections in the first half of 2019, no significant developments were expected on the policy front. Some critical amendments that the present government has proposed to the Electricity Act, 2003, may also take a longer time to be discussed.

However, the modifications in the ‘Development of Solar Parks and Ultra Mega Solar Power Projects’ scheme were released by the Ministry of New and Renewable Energy (MNRE) in March 2019. According to a MNRE notification, in order to address the two most critical elements, i.e., land and power evacuation infrastructure for solar parks, a new method is being introduced to develop renewable energy parks (solar, wind, hybrid or other renewable energy) through the Solar Energy Corporation of India (SECI).

According to the amended guidelines, named Mode-7, SECI will make both government and private land available to successful bidders for the setting up of projects with the assistance of state governments. In addition to the land costs, the solar project developer will also pay a facilitation charge to the state government. This will be calculated as ₹ 0.02 per unit of power being generated in these parks. Further, no central financial assistance (CFA) will be used for the procurement of land.

SECI will act as a solar power park developer (SPPD) and will set up the external power evacuation infrastructure for the parks, such as transmission lines, which will be developed by the External Transmission Development Agency. However, the internal infrastructure of the renewable energy park, including battery storage, will be set up by the renewable energy project developer at its own cost, and will be factored into the tariff that the project developer will bid with. Under the new guidelines, SECI will also set up a Payment Security Mechanism to make the setting up of renewable projects in such parks more attractive. The idea is to ensure continuous payment to developers and mitigate the risks of defaulting payments by discoms.

As of now, MNRE has approved 38 solar parks in India with a total capacity of 23.10GW (Figure 4) across 16 states. The existing solar park scheme provides for CFA of ₹ 2 millon per megawatt (MW) or 30 per cent of the project cost, whichever is less, for the setting up of both the internal and external evacuation infrastructure. The new, amended guidelines will increase the solar park project cost for the developers since CFA cannot be used for procuring land now.

The announcement of concrete plans for new solar schemes like Sustainable Rooftop Installation for Solar Transfiguration of India (SRISTI) and Kisan Urja Suraksha evam Utthaan Mahabhiyan (KUSUM) has been pending for a long time. However, considering the urgent need to support farmers with the relevant plans and reforms, the KUSUM scheme may see some progress. According to a Press Information Bureau (PIB) release, KUSUM is intended for harnessing solar power for rural India. Under this scheme, solar water pumps are to be installed in remote areas for the irrigation needs of farmers, who can earn an extra income by selling surplus solar power to discoms. The scheme will provide assistance for the following:

Despite the Central Electricity Regulation Commission’s (CERC) recent decisions granting developers relief from GST and the safeguard duty, we expect uncertainty in the solar market to persist through the year. The discoms do not have the financial capacity to compensate developers upfront and are in any case going to wait for directions from the respective state regulators.

The way forward
The sustainable growth of the solar energy industry depends on successfully managing PV waste. Currently, PV waste recycling is still at a nascent stage globally, both in terms of technical standards and physical infrastructure. The use of potentially hazardous material in manufacturing and the lack of commercially viable module recycling technologies demand a strong regulatory approach to this problem. The European Union (EU) has taken the lead with a comprehensive plan that assigns liability, sets recovery and recycling targets, treatment requirements, and raises consumer awareness.

India is still not well equipped to handle PV waste as there are no policy guidelines yet. Even the e-waste management rules in the country do not mention anything about solar PV waste. Thus, the lack of a policy framework, coupled with the unavailability of basic PV recycling technologies in the country, has worsened the situation. As per Central Pollution Control Board (CPCB) estimates, less than 4 per cent of the estimated e-waste is recycled in the organised sector. Thus, it is imperative for India to create a robust regulatory framework, which clearly allocates responsibilities and specifies standards for PV waste management.